Travis King is the worst kind of asshole.

He taunts me for being a good girl and mocks my high standards.

And I hate him.

It wouldn’t matter so much if he were avoidable.

But considering he’s my older brother’s best friend and roommate, I see him more than I’d ever want to.

His sculpted abs and gorgeous eyes are a waste on such an egotistical man, which makes me hate him even more.

Even though I’ve had a crush on him since I was ten, the feelings weren’t mutual and he’s always made that very clear.

He’s always loved getting under my skin and one night against my better judgment, I let him in my bed.

I’ve succumbed to his manwhore ways, but that doesn’t change a thing.

Because the King is about to get played at his own game—and lose.

Viola Fisher is the epitome of perfection.

She despises my one-night stands and mocks my less-than-classy habits.

She’s smart, beautiful, and too good to be true.

And I want her.

If she were anyone else, I’d have made my move years ago, but considering she’s my best friend’s little sister, she’s always been off-limits. Not to mention how much she loathes my very existence.

Hating me is her religion, but needing her is mine. Her sexy curves and filthy smart mouth make me want her even more, and I’m more determined than ever to change her mind.

But until then, we’ll continue to play by her rules.

Viola Fisher may have won the battle, but the war isn’t over yet. 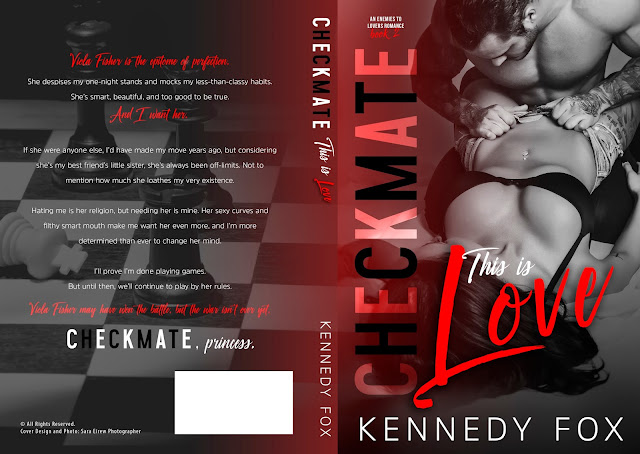 Kennedy Fox is a duo of bestselling authors who share a love of You’ve Got Mail and The Holiday. When they aren’t bonding over romantic comedies, they like to brainstorm new book ideas. One day, they decided to collaborate together under a pseudonym and have some fun creating new characters that’ll make your lady bits tingle and your heart melt. If you enjoy romance stories with sexy, tattooed alpha males and smart, independent women, then a Kennedy Fox book is for you! Both authors are from Manhattan living the glamorous bachelorette life, or perhaps they’re just confusing themselves with an episode of Sex and the City (Total #Girlcrush SJP). Either way, they’re looking forward to bringing you many more stories to fall in love with! 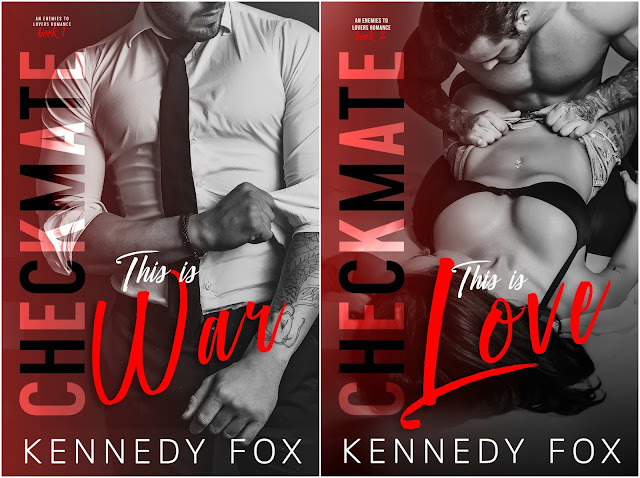 Posted by Erzabet Bishop at 2:30 AM