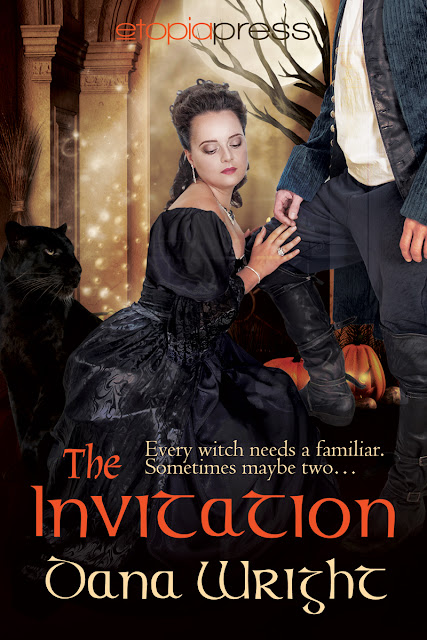 Some fairy tales are just twisted.

Morgana is a hedge witch with a problem. Her sisters are conspiring against her and she has a ghost with a fork phobia living in her shoe closet. When the chance comes to crash a party she just knows she should have been invited to comes along, she enlists the aid of her trusty cat Nona to help her cast the spell for the perfect dress. But crashing this party isn't the only thing that’s going to rain on this witch’s parade.

Marcus of Pendleton is a cat shifter in search of his brother. Then a lead at the Warty Frog takes him on an adventure filled with magic and well…zombies. Can the prince find the fair witch and the answer he seeks? And he might just be the familiar she's looking for...

“He’s been missing for months. How can you not care?” Marcus Pendleton ground out, staring at his father in disbelief. The king sat on his throne gnawing on a turkey leg, grease sliding down his pudgy face.
“Because my boy, Rhys was the younger son. He may have been a prince, but you’re the one who will inherit the throne.”
“So why did you bother searching the kingdom for a princess and having a ball?”
The king narrowed his eyes at his son. “That happened to be for you. Scheduling a dragon-hunting trip for that weekend was in atrocious form. Your mother was highly disappointed.”
“I’ll bet.” Marcus kicked his foot against the dais. He fought down the urge to shift and show his father his extreme displeasure. No doubt the old man would have an apoplectic fit if he found out his son had been bitten and turned into the one animal he despised the most. Not even a beast like a wolf, but merely a cat. His father loathed the animals and forbade having them on the castle grounds.
“You need to focus on finding yourself a princess, not running about the kingdoms slaying beasts and bothering with that fool brother of yours. The last time anyone saw him, he was following some skirt around and blathering on about a missing shoe.” His father shuddered, holding his hand up in disgust. “There were twelve of them. All dressed alike too. The men were talking about it. Prattling, dancing, blonde things with wings.” His wandering eye drifted toward a serving wench with a rather tight bodice.
Marcus couldn’t believe his ears. Twelve of them? That didn’t sound right. Neither did his father’s decision not look for Rhys. It was unthinkable. Right now, if he could have, he would dump his inheritance in his father’s lap and be done with him. The man’s priorities were limited to two things. Food and sleep.
No. Make it three. His father had the wandering eye of a lecherous pig farmer. He didn’t know how his mother stood it. Given the chance, he was surprised she hadn’t chucked him over the palace walls years ago and been done with it.
“Wait, Father. Did you say he was sniffing around a girl with a missing shoe?”
“Yes,” his father chuffed. “What of it?”
“What of it, indeed…” Marcus stalked out of the throne room, an idea forming in his head. Someone else must have seen a shoeless maiden, and he was damn well going to find out what was going on. And twelve girls all dressed the same? How very odd indeed. He wasn’t known as the best tracker in the two kingdoms for naught. If he couldn’t find out something about them, he may as well go sit up in the tower and sew with his mother’s handmaidens.
“Marcus. Come back here. Marcus!”
He shut the door on his father’s ranting, encountering his servant boy on the other side of the door.
“Geoffrey, Saddle my horse. Tonight we ride.” 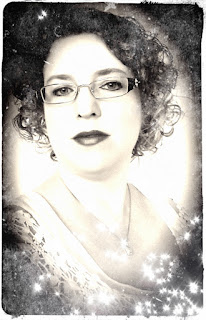 About the author:
Dana Wright has always had a fascination with things that go bump in the night. She is often found playing at local bookstores, trying not to maim herself with crochet hooks or knitting needles, watching monster movies with her husband and furry kids or blogging about books. More commonly, she is chained to her computers, writing like a woman possessed. She is currently working on several children's stories, young adult fiction, romantic suspense, short stories and is trying her hand at poetry. She is a contributing author to Ghost Sniffer’s CYOA, Siren’s Call E-zine in their “Women in Horror” issue in February 2013 and "Revenge" in October 2013, a contributing author to Potatoes!, Fossil Lake, Of Dragons and Magic: Tales of the Lost Worlds, Undead in Pictures, Potnia, Shadows and Light, Dark Corners (upcoming), Wonderstruck, Shifters: A Charity Anthology, Dead Harvest, Monster Diaries, Holiday Horrors and the Roms, Bombs and Zoms Anthology from Evil Girlfriend Media. She is the author of Asylum, The Invitation and Texas Twister.   Dana has also reviewed music for Muzikreviews.com specializing in New Age and alternative music and has been a contributing writer to Eternal Haunted Summer, Massacre Magazine, Metaphor Magazine, The Were Traveler October 2013 edition: The Little Magazine of Magnificent Monsters, the December 2013 issue The Day the Zombies Ruled the Earth. She currently reviews music at New Age Music Reviews and Write a Music Review.

Posted by Erzabet Bishop at 2:32 PM No comments: 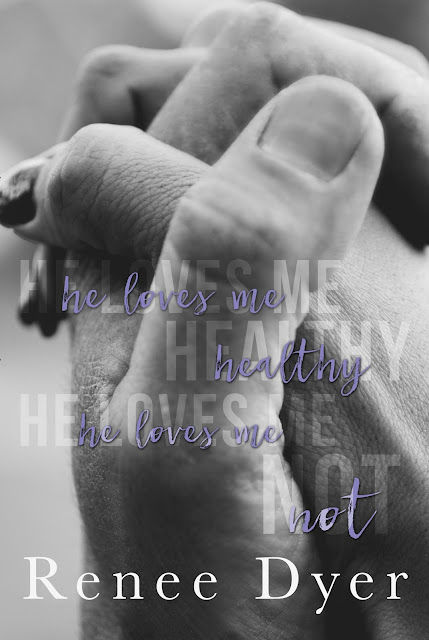 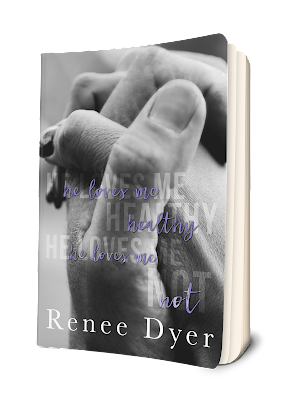 Chiari.
It’s a strange little word about to change Nick and Brenna St. James’ world forever.
Brenna was raised to believe love conquers all. Losing piece after piece of herself causes her to waver in her beliefs. Insecurities abound and she can’t stop wondering if Nick can love the person she is now. Is it fair to ask him to?
Nick wants a do over. To go back to a time before Brenna was sick, before everything changed. But genies don’t exist, life doesn’t grant wishes, and time machines haven’t been invented. All he can do is follow his heart...and his heart wants Brenna.
Together, they have to face a battle they never imagined.
When fighting is all you have left…
When love can't heal everything…
When life rests in the balance of the unknown...
When their vows, “…in sickness and in health”, are put to the test…
Will Nick and Brenna be able to fight through the odds stacked against them, or will everything come crumbling down?

Love is stronger than anything. It can conquer all. We hear this all the time growing up. This book is a story that takes you on a journey through a couple’s life as they find out exactly how strong their love is. When Brenna finds out she has a brain condition, their everyday, happy life gets thrown into a tailspin. Together, Nick and Brenna have to brace for the impact of the multitude of changes this condition and the surgeries that ensue, bring their way. They go through ups and downs as they try to figure out who they have become as they each change from the impact of Brenna having Chiari. It’s a raw and realistic story, but one that will have the reader taking stock of their own life, grabbing for the person next to them, and coming out understanding that love is always worth fighting for. 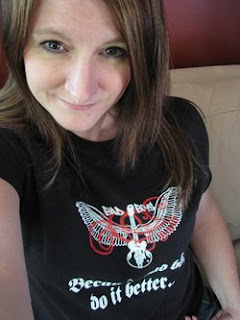 From a young age Renee Dyer had a love of writing, starting with a doodle pad at age four that soon turned into journals and later computer documents. Poetry became short stories and short stories became a novel. Although she's surrounded by males all day having three sons, a husband and a hyperactive chocolate lab, she still finds time to be all woman when she escapes into the fantasy of reading and writing romance. That is, until she needs male perspective and garners eye rolling from her husband. She's a true New Englander. You'll find her screaming profanity at her TV while the Pats play and cuddling under blankets during the cold seasons (which is most of them) reading a good book. To her snow is not a reason to shut things down, only a reason to slow down and admire the beauty. Ask her questions and she'll answer them. She's an open book, pun fully intended. 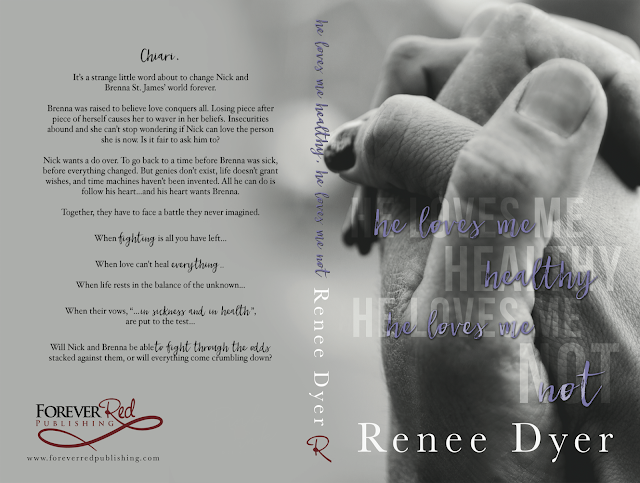 Posted by Erzabet Bishop at 10:08 AM No comments:

Email ThisBlogThis!Share to TwitterShare to FacebookShare to Pinterest
Labels: Enticing Journey Book Promotions, He Loves Me Healthy, He Loves Me Not, Renee Dyer 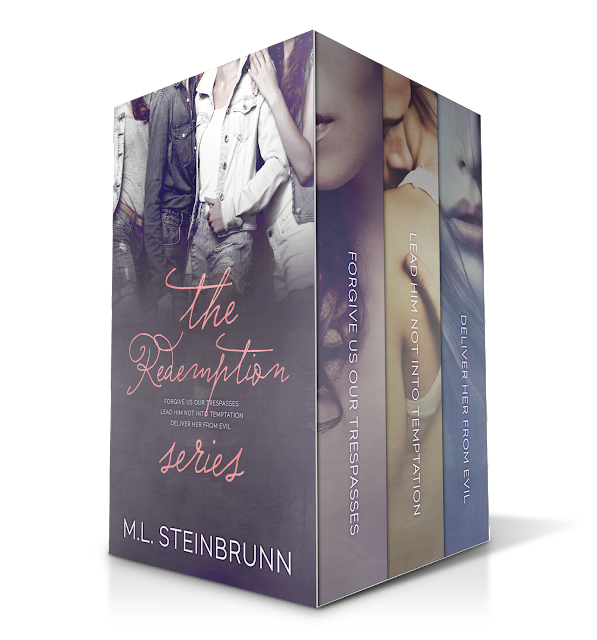 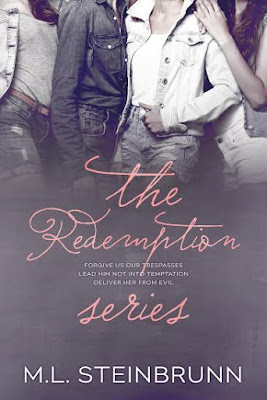 They say blood is thicker than water. They are wrong. Sometimes the closest of families are the ones we create for ourselves. Through the heartache and heartbreak life deals them, Vivian, Jen, Carly, and Campbell finally find what they never knew they needed. Discover the secrets behind their redemption. 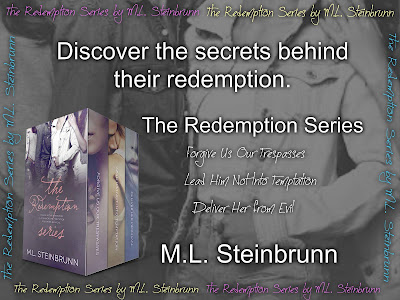 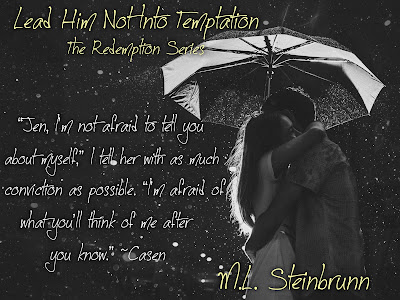 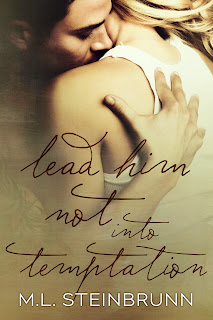 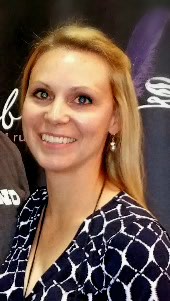 My name is M.L. Steinbrunn and I am a young adult and contemporary romance author. My work includes the popular Redemption Series and a young adult series, which includes my new release, A Beholden Heart.
In addition to writing, I work full-time as a high school educator and coach in rural Colorado where my husband and I are raising our four young children. Through education I have enjoyed guiding others on their paths and helping students build their own stories. After countless evenings of discussing story ideas, it was my husband who encouraged me to follow my own path of self-publishing.
I want to send a huge thank you to those who have been overwhelmingly supportive of this journey.
--M.L. Steinbrunn

Posted by Erzabet Bishop at 8:00 AM No comments: