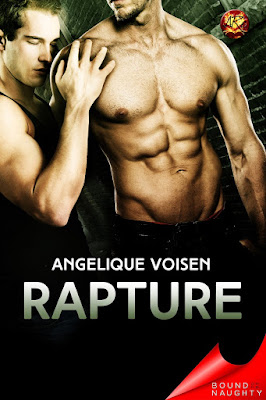 Seeing him whole, perfect, and on his knees…I desired him.

One look at him told me he was a young man on the verge of ruination, of being an addict and a slave to his passions. He was on Marco’s arm, and was introduced as Marco’s boy. The next time I saw him, he was Marco’s marked and branded property. One moment he was free, the next he was not. He’s flawless, or he used to be. Now he’s just damaged goods. Just another piece of property owned by the Reaper Brotherhood drug cartel.

Chase is just another wasted statistic, or he should’ve been if not for my hasty intervention. I made the worst mistake any up-and-coming monster could’ve made. I wanted him so much that even after he’s no longer perfect, I still wanted to save him from his inevitable doom.

“Take it all, you nasty dog.” Marco’s voice cut through the crowd like a knife.
I stood beside my brother, Keith, a looming silent and scarred shadow while he spoke to the local businessman who ran a few of the neighborhood’s strip joints and to whom we had been supplying for a number of years.
The man’s name escaped me, but I didn’t need to know. I just needed to know whether he was a threat to Keith and the business. Keith was the brains of our operation, and I was just the muscle. Our arrangement worked just fine, like clockwork.
“Shut up and suck, hole.”
Finally, I spared a glance to where Marco, his men, and a group of men and women were standing at the corner of the room. With my attention on them, I could finally make out the whimpers and pleas coming from the naked young man causing all the commotion.
Marco was one of the Brotherhood’s best dealers, but I never liked him. Sloppy as hell, Marco treated everyone like shit, especially the cocks and pussies belonging to the Brotherhood. This one was no exception. On his knees, the young man struggled to suck Marco’s cock while Marco jerked the leash connected to the collar on the man’s neck.
Meanwhile, one of Marco’s men hit the young man with a flogger from behind They made one hell of a noise despite the loud music spilling through the room. Shit. A commotion had been the last thing we needed, especially with the rumors I’d been hearing about cops mysteriously getting tipped off about some of our dealers.
“Kade, could you remind Marco to keep it down?” Keith asked, clearly annoyed.
Taking a long pull of my beer, I sighed and ambled over to Marco. I shook my head when some of my men looked my way. This was my problem to handle.
“Why, if it isn’t Kade? Care to join us, big man?” Marco asked as the crowd parted for me. He took his cock out from the boy’s mouth while his associate stopped the whipping. Marco kept the leash wrapped around his arm, though.
Given my bulk and size, it hadn’t been hard to push through the crowd. Most knew me on sight as Keith’s head enforcer.
It took me a second to place the protesting and sweat-slicked boy Marco had been rutting. I remembered Chase because of his ridiculous name. Wondered what kind of mother would name her kid that. This time, there was no smirk on his young face. No teasing.
Just a thick leather dog collar on his neck with a little silver tag I had a feeling bore Marco’s name. The sounds coming out of his young, cum-covered mouth hadn’t been sounds of pleasure. Chase hoarsely pleaded, cried, and whimpered like a dog being beaten to death.
The last time I’d seen him had been a month ago. It only took thirty days for Marco to break him down from a human being to an object.
“Keith wants you to keep the noise down. He has important guests to attend to,” I said coldly. Something darted to my leg.
Chase. He’d somehow managed to pry his leash from Marco’s arm, and it now dangled to the ground. Big blue eyes too lucid for my taste looked up at me pleadingly from beneath long lashes. They’re supposed to be drug-filled eyes, the eyes of someone far too gone to notice reality. His hands clutched tightly at my left leg with surprising strength.
“Please. Please make them stop.”

Angelique Voisen is a bisexual, twenty-something, type-2 diabetic and multi-pubbed writer who favors LGBT and menage pairings. She likes experimenting with different sub-genres and her stories may include cogs, fangs, space battles, kinky magic systems and happily-ever-afters. When Angel’s not writing, she’s gaming, watching B-rate action movies, or enjoying teatime with friends while enviously eyeing their cake.
For more information on other books by Angelique, visit her website: www.angelvoisen.blogspot.com


a Rafflecopter giveaway
Posted by Erzabet Bishop at 3:00 AM