Not So Silent Night by Sheri Velarde 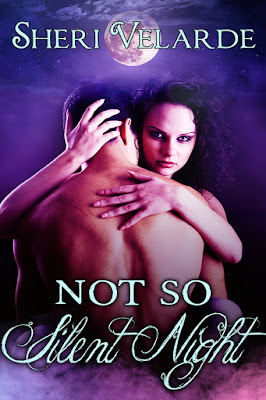 Not So Silent Night
By
Sheri Velarde

Blurbs:
Another lonely Christmas approaches for Anna and her life of penance—until an otherworldly distraction appears and changes her life.

Anna is a lonely woman, running her dead grandmother's flower shop. She hates Christmas and could not feel more lost when a handsome and mysterious Russian, Alexander, walks into her shop and her life. Each has secrets that they are harboring. Just as their passion erupts, the good old boys in town threaten to ruin everything. Getting to know each other is tough for most couples, adding in magic does not make it any easier. Now with a pack of werewolves out to destroy them, things become intense. They find themselves in a fight for their lives. Can their newfound love give them the strength to win against this threat and trust in the future?
Buy Link: http://www.amazon.com/dp/B0187T305M

Excerpt:
She had almost finished cleaning up in back when she heard the bell on the door ring less than five minutes before closing. "Seriously? Can't people let me get out of here on time just one damn night?" she muttered to herself as she stormed toward the front so she could wait on her customer and then get the hell out of the store.

Anna whipped around the corner in a huff, not caring if she scared the latecomer away. She stopped in her tracks and almost forgot what had pissed her off when she saw the customer in question. The most breathtaking back view of a man she had ever seen stood just inside the doorway, and her brain stopped working for the moment. Wow, who knew broad shoulders and a great rear could stop a woman in her tracks? While she gawked like an idiot, the man turned around and proved to be even more distracting from the front. This guy was like a wall of muscle, perfect body attached to a very masculine and handsome face with the deepest blue eyes Anna had ever seen.

"Sorry, I know you are about to close, but I need a gift of flowers," he said when he saw Anna. He had a very thick eastern European accent that she thought might be Russian, which of course only made him hotter. She noticed his eyes taking her in, and she couldn't help but stand a little straighter, showing her curves off to her advantage while she absentmindedly ran her fingers through her long, wavy, raven hair, which most men seemed to love.

It took Anna's brain a few moments to catch up before she could speak. Her previous anger and frustration vanished, replaced by eagerness to help this particular customer. "No problem at all. Do you have an idea of what kind of gift you are looking for? Is this for your girlfriend or wife?" Anna held her breath as she waited for this mystery man to answer, a bit annoyed with herself that she cared so much about what he might say. 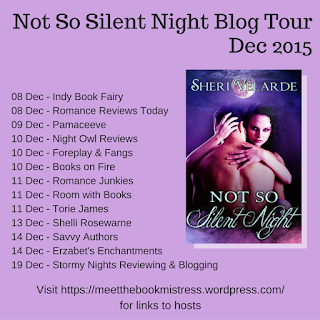 2. Plotter or pantster? Total pantser. I can’t plot to save my life. Well I guess that’s not true I could do it to save my life or someone I love, I am just not wired that way naturally. Once in a while I will make a brief outline, especially if I don’t want to forget some scenes that have popped into my head at odd times. But pretty much I just let the story flow and see where it will take me.

3. What are three things you have on your writing desk? I don’t actually write at a desk. A lot of time I sit on the couch with my two dogs and my phone. For some reason I like to look up words or do quick research on my phone as opposed to the computer. I think it’s because it keeps my document open and encourages me to keep writing.

5. Tell us a little about your new release. What character in the book really spoke to you? Not So Silent Night is the story of a woman who has almost given up on life and her melancholy is only intensified by the holiday season. Totally something that I can personally relate to and that makes Anna very special to me. Soon a hot and mysterious Russian enters her life and things change drastically for her. Magic, shifter, romance and more await Anna and she will never be the same again. It’s a short and steamy romp that is also full of heart. It’s one of the favorite pieces I have written.

6. I write because I don’t know what else to do with myself. I love writing and always have tons of ideas in my head, so I write them out to help keep my sanity. Doing something that I love for a living is a dream come true for me and I could not be more grateful.

7. What is your favorite type of character to write about? I like damaged characters. People who have issues and are working through them. To me they are the most authentic and the best characters to write. No one is perfect and I don’t think characters should be either.

8. What is the sexiest scene you ever wrote? The sexiest scene I have ever written is probably here in Not So Silent Night. The opening love scene between Anna and Alexander is pretty hot. They have an instant animal attraction and have no problem acting on it in the back room of Anna’s flower shop. I have a feeling she will never look at her worktable the same way again.

9. What advice would you give new authors in the erotica/romance field? To write what you love and not to listen to any nay sayers who might be out there. This is a great genre to write in and has many faithful readers.

10. What is next on your writerly horizon? I have a steamy f/f story coming out in January in the “Snowed In” Anthology from Torquere Press. I also will be releasing a collection of vampire shorts on the newly formed Stoker Publishing in February. Stoker Publishing is a joint venture between my husband and I and we are looking forward to really getting it going this New Year! I also am working on no less than three novels and hope to have them out next year as well! Always busy! 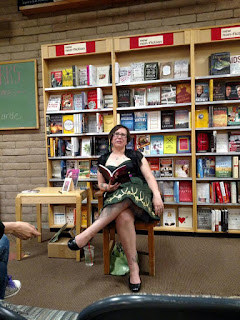 Bio:
Sheri Velarde, lives in New Mexico with her husband and their two dogs.
Being an avid reader since an early age, she has wanted to be a writer for as long as she can remember. She has been writing all her life, but only recently started to actually try to pursue her dream of writing for a living. She specializes in all things paranormal and that go bump in the night. Her heart truly lies in exploring unknown worlds or adding the supernatural to our world. If it goes bump in the night or has magical connotations, Sheri writes about it.
She is constantly putting out new material with various publishers, so it is best to keep up with her on her website www.sherivelarde.weebly.com.
In her spare time Sheri is an artist, jewelry designer, independent comic writer/artist and freelance non-fiction writer. Hiking in the mountains, going to live concerts, art openings, museums, and hosting intimate dinner parties.

Email ThisBlogThis!Share to TwitterShare to FacebookShare to Pinterest
Labels: holidays, Not So Silent Night, Sheri Velardi, The Book Mistress