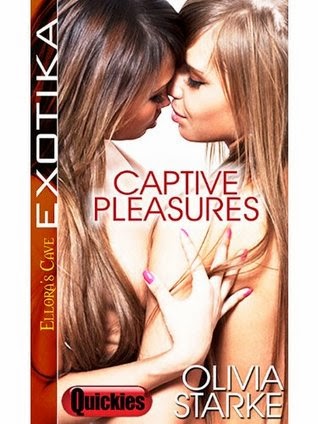 2. Tell us about the delicious characters in your new vampire novel.
Natasha is a TV news reporter in a relatively small town. She's career driven and stuck in a rut in a place that doesn't fully respect her skills or her gender, for that matter.  Determined to make her mark in journalism and move toward bigger and better things, she accepts an invitation to THE vampire ball of the year, the Vampire Masquerade, put on by she-vamps Aleese and Eaven.
Aleese has developed a crush on Natasha and Eaven loves indulging her wife, so they extend the invitation, with more wicked things in mind than Natasha is ready for.
Natasha is our eyes into this vampire sect, centering on two incredibly sultry she-vamps and their sumptuous world.

3. If I were your favorite cookie, what flavor would I be?
Oatmeal raisin. I don't know why lol I just like oatmeal raisin the best.

4. Heels or flats?
Both. Heels are so sexy and saved for special times. Flats for other times since I'm a klutz.

5. Tell us one thing about you that most people don't know.
I've been known to rock out in my car to White Snake.

7. Plotter or pantster?
I used to be a hard core pantser, but now I'm a plotter.

8. What would you say to someone who has never read f/f before but is thinking about it?
READ IT! It's so much fun!

9. Do you write to music? If so-what?
No, because I can't focus. I LOVE my music, Godsmack, NIN, Rob Zombie to name a few, so that takes all my brain power when it's on.

10. What authors have influenced your work?
I get asked this again and again, but I don't think any particular author.

Thanks so much for having me today, Erzabet! 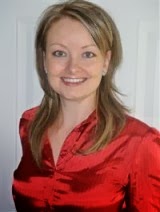 Olivia Starke calls the Ozarks home. One of the most beautiful areas in the country, she loves hiking trails with her dogs, kayaking on the numerous waterways, and enjoying southern Missouri's fresh air and sunshine.She's also 'Mom' to four dogs, a growing number of kitties that show up at her door, and four VERY spoiled horses that do little to earn their keep. Not that she'd ever hold that against them.She's a HUGE fangirl of Doctor Who and to a lesser extent Supernatural, and has a pretty interesting love triangle (or square?) going on in her head between the Doctor and the Winchesters.You can find her at:www.authoroliviastarke.comwww.twitter.com/OliviaStarkewww.facebook.com/olivia.starke.3
Posted by Erzabet Bishop at 1:30 AM