After the Rain Book Blast 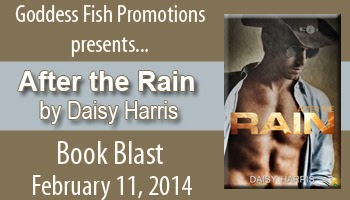 After the Rain
by Daisy Harris

Henri’s list of bad exes is as long as his arm, but nothing prepared him for his latest, heart-stomping breakup. He thought he couldn’t feel more abandoned, until his ride for a group camping trip bails, leaving him stuck driving for hours with a guy who is absolutely not his type.

After breaking up with his girlfriend of five years, firefighter Logan is working up the nerve to explore his interest in men. He knows he’s gay. He just hasn’t had the guts to do anything about it…until now.

Henri’s big-city attitude and tight jeans push every last one of Logan’s buttons, and when he and Henri have to share a tent, Logan is thrilled. He should have realized Pacific Northwest weather would get wet—forcing them to strip naked. Though the steam between them is thicker than coastal fog, Henri’s not sure he can let himself fall for another man. Not even the guy who finally treats him right.

Warning: Contains bad ex-boyfriends, even worse weather, and more than your average amount of sex in a tent. May not be suitable for those with germ phobias, outdoor aversions or fear of damp shoes. 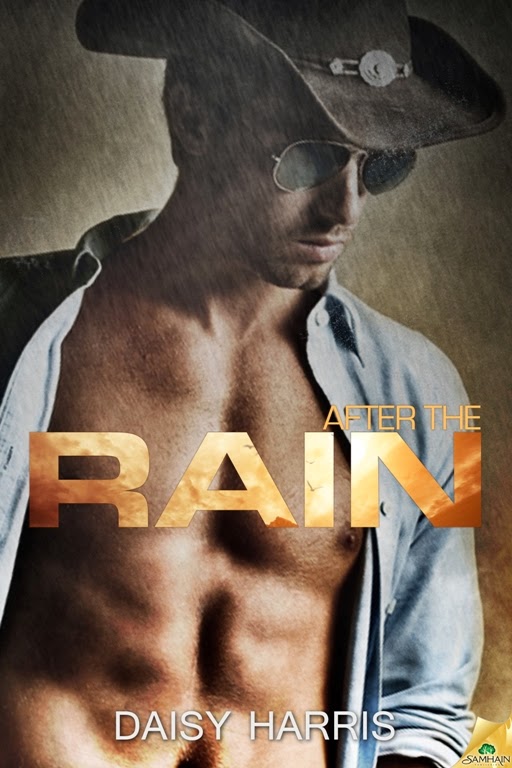 Logan pulled off his helmet, and Henri did the same. There was a moment when their eyes met, Logan grinning and Henri grinning right back. Henri realized Logan was going to kiss him a split second before it happened.

Henri jerked to get out of the way before their lips touched, and though Logan’s kiss landed at Henri’s hairline, a thrill of panic still ran through him. No way. Herpes! Logan couldn’t kiss him, and Henri definitely couldn’t kiss Logan back. Plenty of other guys would have taken the risk—especially if it was just a kiss—but Henri couldn’t.

“No. It’s fine.” Henri held his hands palms up, wishing he could explain in a few words, but the guys on the ridge above were already calling to them, hollering that it was time for lunch.

“Logan,” Henri called after him. He hated this. If things were different, he would have been on Logan from the second he saw what he was hiding under his shirt. He would have kissed him and even given his dick a squeeze for good measure. Now he’d be stuck with half explanations all weekend. “Wait up.” 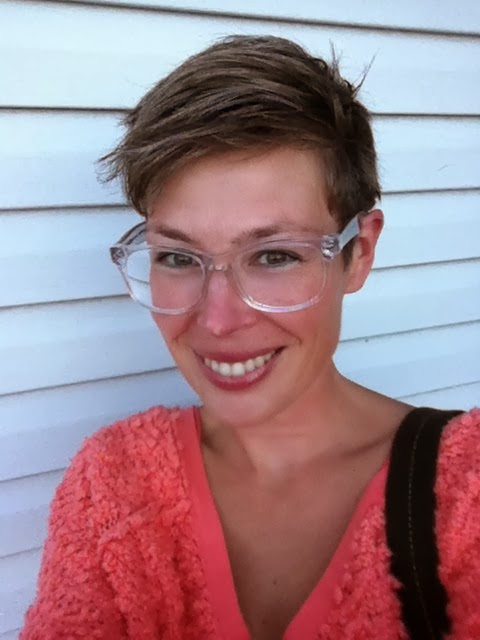 Birkenstock-wearing glamour girl and mother of two by immaculate conception, Daisy Harris still isn't sure if she writes erotica. Her romances start out innocently enough. However, her characters behave like complete sluts. Much to Miss Harris's dismay the sex tends to get completely out of hand.

She writes about fantastical creatures and about young men getting their freak on, and she's never missed an episode of The Walking Dead.

Want to learn more about new releases, general news and my latest inappropriate boy band crush? Sign up for my newsletter here: http://eepurl.com/b96xX

After the Rain on Amazon: http://www.amazon.com/After-Rain-Fire-Daisy-Harris-ebook/dp/B00EKJGRJA