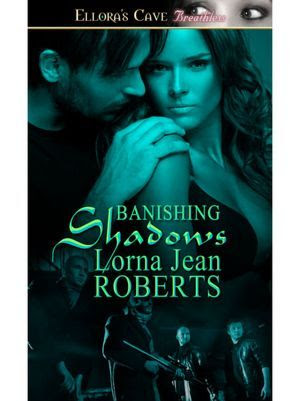 Kayla is tired of waiting for Cord to notice her.  Cord is her brothers best friend and she has had a crush in him for years.

Cord had noticed Kayla ago but she was taboo, best friend's little sister and too young to touch.  Oh no he couldn't go there, but when she throws herself at him and puts herself in danger he has to step up and do something.  He can no longer hold back his attraction to her when she makes the first move and proves that she wants him as much as he wants her.  All caution to the wind he takes her and feels guilty as he feels she needs someone gentle and not the rough sort that he is.

A two year separation doesn't  dampen his desire and apparently when he returns she feels the same.  When Cord returns and finds she is in danger he will not rest until her safety is ensured and he insists she stay with him so he can keep an eye on her.  Being so close to each other only makes it very clear that they were meant to be together and the forces to be will not be altered.

Kayla does not have to make the first move this time as Cord has finally admitted to himself that he cannot live without her.  She is everything he remembers her to be and more because she has been attacked and now lives in fear.  He must work to regain her trust as a person before he can try to be the lover he wants to be.  To touch her and hold her safely in his arms again is a challenge and one he is up for.

He finally gains her trust and they share their mutual lust for one another only to discover it is more than lust, it is love.  Then she is kidnapped and her life threatened, he now has to fight again to get her back, back alive.

Victoria Storm
Posted by Erzabet Bishop at 1:12 AM