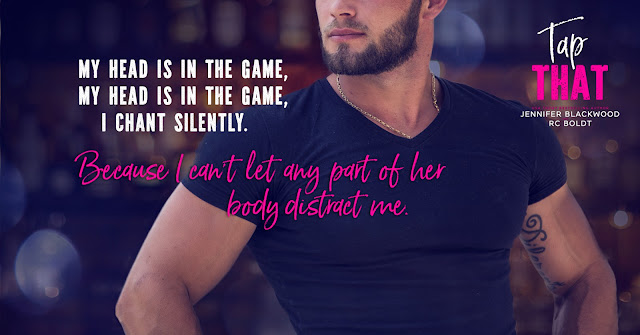 The beer's not the only thing getting tapped.
Tap That by Jennifer Blackwood and RC Boldt is coming soon on MARCH 6th!

The beer's not the only thing getting tapped.

I have a secret. It’ll get me fired if my boss ever finds out…which shouldn’t be a problem except for one thing: my coworker, Reid Morgan.

He’s cocky, aggravating, and that hot-as-sin mouth simultaneously makes me want to slap him and melt into the mattress.

Now that he’s discovered my secret, he’s doing everything in his power to take my job.

I have a problem: my pint-size spitfire of a coworker who’s primed to take my promotion.

She’s infuriating, sexy as hell, and I just can’t seem to keep my hands off her.

Now we’re both vying for the same position…and only one of us can come out on top.