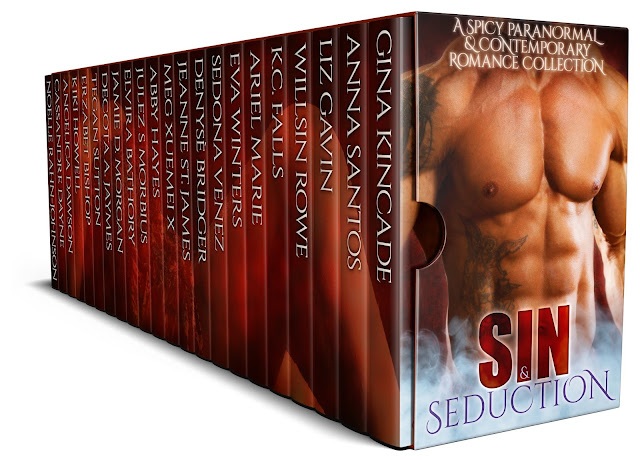 Bursting with sexy-as-sin heroes & devilish heroines, our titillating & romantic tales will seduce you and leave you craving more. Get ready for a passionate and exhilarating ride!

Warning: The Sin & Seduction authors suggest all readers ensure snacks and cool drinks are obtained before starting this collection. Once you start, you won't want to stop until the last page. 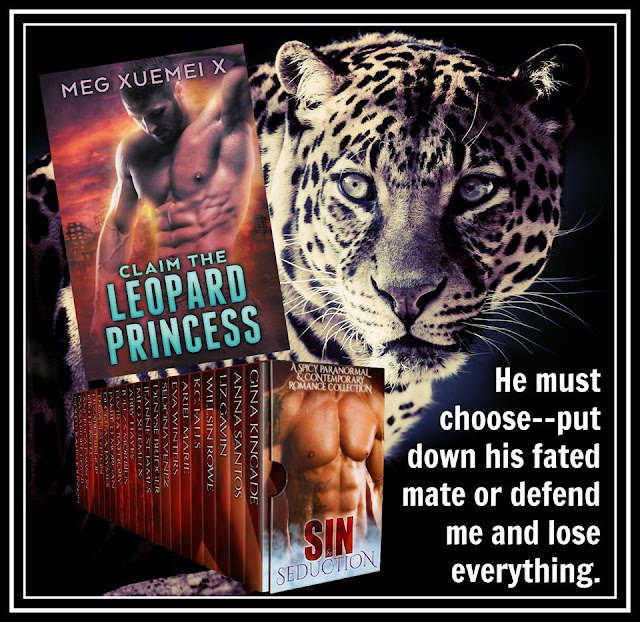 This wolf is determined to take his mate, no matter what form she takes.
Enjoy this and the other title in Shifter's One True Mate series.

In an instant, the wolf shifted.
A naked, gorgeous man stood before me and held out his hand. “Come with me.”
I blinked. My lips parted, but no words came out. So, I closed them.
I didn’t slide my hand into his, but I shot past him, hoping I could outrun him, and the freaks would be more interested in the newcomer than in me.
The flying beasts stopped chasing altogether.
“They’re Furies.” The man caught up with me easily and ran beside me. “They don’t come to the territory of the City of Nine, unless Akem orders them.”
So, I’d crashed to the City of Nine.
This post-apocalyptic city was full of bloodthirsty savages and the jungle was guarded by winged beasts. And Akem, whoever he was, might be more terrifying.
The man seemed to read my mind. “All nine clans here originated from other planets and galaxies, but the jungle belongs to Akem.”
“Who’s he or she?”
“No one who has seen his true form still lives. Some say he’s an ancient elemental entity, who causes ships to fall and feeds on their energy. His deadly jungle is home to creatures of nightmares. Furies are only one of the monsters. No one can enter Akem’s jungle and come out in one piece, except for the Wickedest Witch.”
“Who is the Wickedest Witch?” I asked. “How wicked is she?”
The man glanced at me. “It’s a long story. I’ll tell you another time.”
I hadn’t expected to come to a fairy land, but I hadn’t completely believed the existence of the realm of nightmares either. Not until now.
Where else could I go?
The man slowed down when he saw I tried so hard to catch my breath.
“I’m Antonio Evans,” he said, not breaking a sweat. “I’m the general of the Wolf Clan. I’ll take you to the Keep.”
I stopped. “No.”
He also halted and stared at me, as if I were an idiot, and I stared back.
He had a sculpted face, a sturdy jaw, a slightly crooked yet strong nose that seemed to have been broken more than once, and sensual lips. For a brief moment, I wondered how it would feel to have those lips kiss mine.
I blinked back to reality.
A gust of wind blew, and he sniffed.
Something like shock flashed in his blue eyes, then they turned indigo in an instant, like the color of the ocean at midnight. Fire arose from their depths, emitting heat and caressing my body.
Liquid flame materialized from the ether, licking between my thighs.
An unseen force brushed open my folds like thumbs, letting the fire course through my channel.
It burned but caused no pain; only desire throbbed in me, demanding to be filled.
To be filled by—this man’s cock.
I’d never felt like this before.
What the fuck?
I licked my lips and swept a glance at the wolf.
He gazed at me as if he’d never seen anything quite like me. As if he’d just found an unforeseen fortune and couldn’t believe his luck.
I regarded him.
This specimen’s large body was all hard muscles, probably honed by decades of efficient fighting and killing. Everything about him emitted predatory and masculine beauty.
He stood erect in front of me, his large cock pointing to the sky.
I couldn’t help but stare.
Under my gaze, it jerked between his powerful legs.
It was hard and silkily smooth.
My mound grew slick with thick desire.
I urgently needed to mate with him. I needed his cock, all of it, inside me.
Lust, primal and raw, filled his eyes as well.
I panted. The fever I hadn’t known seized me. I had to mate. My sanity depended on it.
Why the hell not?
My life had been hanging on a thin thread ever since I’d taken Virgin across the universe. Based on my current luck, King Felim and King Jeroboam might have sent bounty hunters after me. If and when they came, I’d make sure all they got was damaged goods.
I’d let this wild wolf have me. I’d bear their enemy’s mark, and that was my revenge with a message; No one owned me.
My world had shattered when Thane died.
I’d go further and crash all the way.
Antonio stepped toward me, and I didn’t back off but gazed up at him in thrilling anticipation.
Lust coursed through me like the summer rain.
The tip of his cock reached me first, prodding against me.
He pulled me into his arms, his hands wrapping around me tightly, and his whole hard length strained against my belly.
I didn’t resist him. I needed this more than he. The lush wetness in me turned to liquid fire.
Antonio dipped his head, his sculpted, firm mouth slanting on mine.
The kiss was fuel to my fire, scorching me inch by inch.
A sweet, bitter moan slipped past my lips.
He growled back, low in his throat, a demanding sound. His wolf needed to mate, which aroused me even more.
My blood burned hot and my heart pounded. The anticipation was driving me mad.
If I could be in heat like that, I might have the leopard inside me, though she might be dormant. But I’d responded to the wolf mating call.
My gaze darted behind him. How could we mate in the ruin and wilderness, surrounded by unknown danger? From what I’d seen, monsters and beasts could be upon us at any time, and we’d be defenseless in the middle of mating.
Yet I still wanted to fuck him more than anything.

Don't miss all the news on Meg Xuemei X by signing up for her newsletter!
Facebook 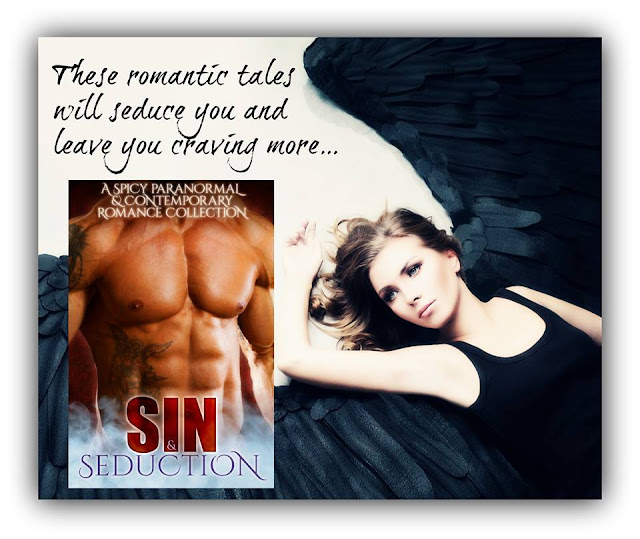