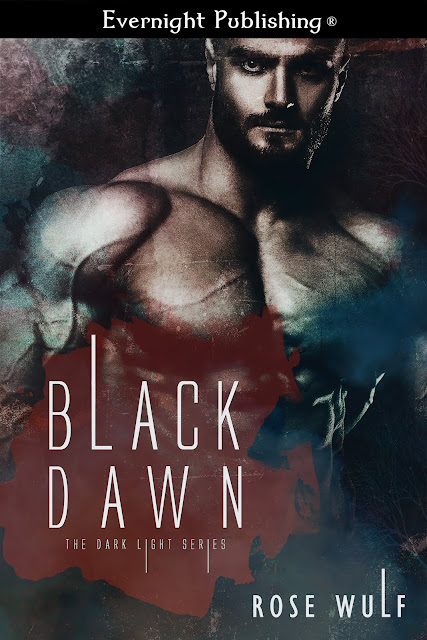 Hello and thank you for having me today!

I’m super excited to tell you about my newest release, Black Dawn (Dark Light 1)! As the start of a new paranormal romance series starring angels, demons, and a few things in between, Black Dawn lays the ground work for the Dark Light world. I’m thrilled to be bringing this series to you and am absolutely sure that the gamut of sexy, bad-ass, Alpha heroes and their capable heroines will keep you begging for more! But I don’t want to get too ahead of myself, so here’s a little about Black Dawn:

Blurb:
Demons are real, and they walk among us.

Isolde Duchane grew up with a demon for a bodyguard. But as she’s matured, so have her preferences. And she’s got a thing for tall, strong, dark, and powerful demonic men. Really just one very specific demonic man. It’s too bad his life is bound to hers, putting her in a terribly awkward spot since what she wants is something more than a bodyguard.

Darr was summoned to protect Izzy when she was young. And he played the part to keep his own personal demons off his back. But things are starting to get out of hand, and not just because of his powerful attraction to the woman she’s become. The demon he’s been hiding from may have found him, and if he has… he may never get to tell Izzy the truth.

Excerpt:
“Now that we’re all fed and we all have some alcohol in our systems,” Letty said, “who’s ready for a game? I brought all the dirty ones!”
Letty’s hand was on the suitcase supposedly filled with naughty games when Izzy felt a tell-tale tingle trickle over her skin. She lifted her eyes to the darkest corner of the cabin—the corner beside her chosen bed, of course—just as Darr stepped into view.
“Izzy,” he called in his deep, rough timbre.
Ainsley and Britt’s cousin both cried out in surprise and even Britt and Letty jumped.
“Is that—?” Ainsley whispered with a glance toward Britt.
“Izzy!” Britt cried, a mixture of fright and frustration in her voice. She really did hate being around him.
Izzy apologized and waved her hand in their direction to pacify them as she moved up to her bodyguard. “What is it?” She knew for a fact he’d have continued hiding in shadowy corners silently if there wasn’t something important on his mind.
“Not here,” he said quietly, his voice sending delightful shivers down her spine. He reached out without another word, and wrapped a single arm around her waist before stepping back with her into the shadows. Izzy closed her eyes to minimize the disorientation as he transported them to a private location, her hands twisted in his tight, black shirt.
A moment later the sensation of movement faded and his grip loosened, though he made no move to step back until she released his shirt.
Lifting her gaze to his ashen one, Izzy repeated her earlier question. “What is it, Darr? Is something wrong?” She thought she’d seen Zahk with him earlier, but she thought nothing of it—Zahk was known to show up randomly from time to time. Had it not been a pleasant visit? Or was this something else?
Darr’s expression was somber. “I’m worried there will be an attempt on your father’s life tonight.”
Sucking in a breath, Izzy gasped, “What? Why?”
“Zahk was here earlier,” Darr replied. “It was something he said. I think he was trying to warn me.”
Pressing a hand over her heart, Izzy stepped into Darr and rested her head on his chest. Dad… It wouldn’t be the first time he’d angered someone—human or demon—to the point where his life was threatened. The first time he’d crossed that line, her mother had paid the ultimate price, and when he hadn’t learned from that lesson, Izzy eventually came to the conclusion that she needed to distance herself from him. But she still loved him.
Arm coming around her again, this time in an embrace, Darr rumbled a soft question. “What do you want me to do, Izzy?”
Tears stinging her eyes, Izzy swallowed them back and inhaled a deep lungful of his scent. Crisp like mountain air, with just a hint of molasses. “I know you don’t like going,” she acknowledged, “but please don’t let him die. Not like that.”
Darr was silent for a long minute, undoubtedly debating her request with his situation. But finally his hold tightened as he embraced her and his lips came to the side of her ear. “Stay inside, stay safe, and call for me if anything happens. I’ll be back before morning.”
Her heart warmed at the intimate way he held her and the tender tone in his voice. He might be a demon, but as far as she was concerned he was really her guardian angel. Or a knight in shining armor, maybe? “Thank you,” she whispered.
He loosened his hold, nodding when their eyes met, and took her hand in his. The next thing she knew her stomach was bottoming out and her feet were standing once again on an old wooden floor in a dark corner. 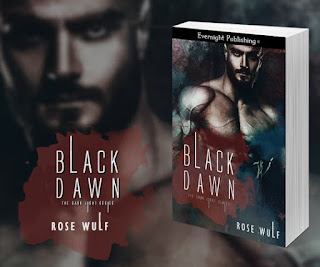 Buy Links:
Amazon – Evernight – Barnes & Noble – AllRomance – BookStrand – Kobo – Website
About Rose:
Rose Wulf is a giant romance fangirl. Hot, protective, sometimes even downright barbaric heroes and spitfire heroines are her favorites. Rose has been writing for as long as she can remember, and over the years she’s only grown fonder of it. The bonds between characters have always captivated her, and as an author those are Rose’s favorite things to play with – not always to the relief of her fictional babies!
Behind the scenes Rose is a quiet personality. She enjoys spending her non-writing time with her four year-old German Shepherd, Shadow, her mom, and her friends. Be it a fun game of Cards Against Humanity or a relaxing movie night, Rose believes everything is better with company. As for her own romance, she’s still searching for her hero (and hoping that, when she does find him, he’ll be willing to cook!).
Where you can find Rose:
Website: http://rosewulf.weebly.com/
Blog:  http://rosewulf.blogspot.com/
Twitter: http://twitter.com/RoseWulfAuthor
Facebook: http://facebook.com/RoseWulfAuthor
Amazon: http://www.amazon.com/Rose-Wulf/e/B00J0HHWXC
Goodreads: http://goodreads.com/RoseWulf
Tsu:  http://tsu.co/Rose_Wulf/
Triberr:  http://triberr.com/RoseWulfAuthor