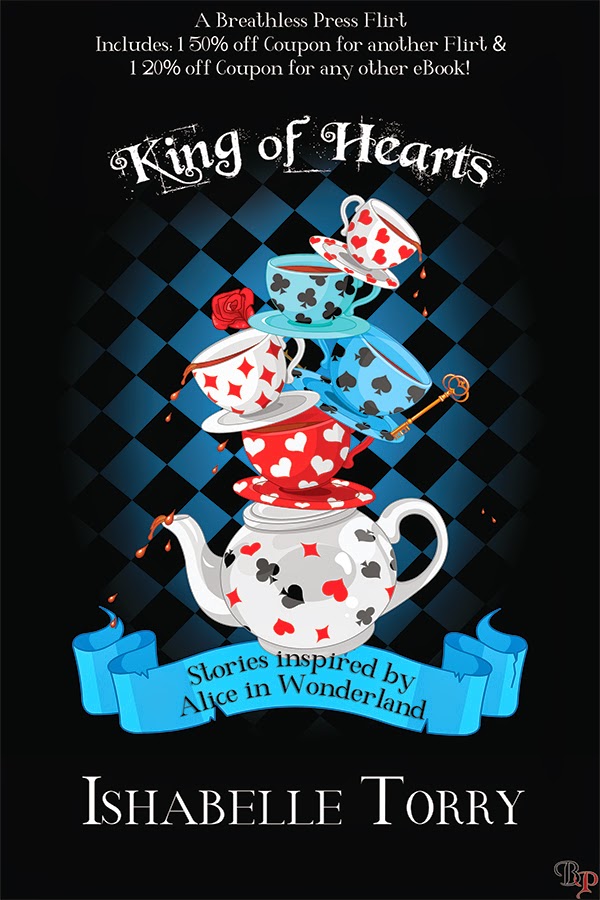 Kind of accidentally, really. I never intended to, but some stories just happened that way.
2.       Plotter or pantster?

A little bit of both. I started out as a plotter, but it never worked out the way I envisioned it in the beginning. So now I start with a cheap outline and panster it from there!
3.       What are three things you have on your writing desk?

5.       Tell us a little about your new release. What character in the book really spoke to you?
That would definitely be Alicia, the heroine. I suppose her being a detective makes her very talkative and inquisitive. She's pretty curious about everything.
6.       I write because ____...

I have to! If I didn’t, I would explode. KABOOM
7.       What is your favorite type of character to write about?

I love those snarky secondary characters…you know the ones that ALWAYS have to add their input. I think it's because sometimes they get to say and do the things I only wish I had the guts to do.
8.       What is the sexiest scene you ever wrote?

Ohh tough one! I believe it would have to be one I have hidden away in a WIP…so ya'll are just going to have to wait! hehe
9.       What advice would you give new authors in the erotica/romance field?

To not force it…and by it I mean the sex. Sometimes a story can be told without the heavy sexual acts themselves. Sometimes sweeter is better.
10.   What is next on your writerly horizon?

I am currently working on a full length novel. I can't tell you what it is, of course. *grins* Want a hint? Armageddon is not what you expected!

About the author:
Among many normal things, such a mother, student, farmer, and author, Ishabelle Torry is a woman tormented by the voices in her head. Don't worry though! It's merely the loud, and sometimes obnoxious, whispers of many characters begging for their stories to be told. In fact, Ishabelle has started a ticket line, and everyone (okay most everyone) is happy as they bide their time.

Detective Alicia Burrow is following the only clue she has to finding the missing Kevin Carroll. Only one more stop…only one more portal?
Alicia Burrow's is a detective on the case of Kevin Carroll, a missing man for twenty years whose blood has been discovered in alarming amounts in an alley. She's not surprised the only lead she has turns out to be a dead end. Or is it?
The rambling of the victim's Dementia riddled aunt holds more truth than Alicia could ever imagine as she discovers a portal to the Land of Wonder—and the arms of the King of Hearts.

His footsteps clacked on the marble tiles of the room. I tensed as he neared. A firm grip yanked my arm and whirled me around. Face to face, I glowered as did he in return. Yet, despite his attempt to appear irritated, a slight grin tugged at the corner of his mouth.
Using the tip of his forefinger, he traced the contour of my lips. "If I wanted to play with you, Alicia, it would be far different than this. And I definitely would not have given you clothing."
I jerked my arm loose, determined to ignore the weakness in my legs when his warm breath caressed my face. "The game is done, Kevin. I'm going home to report you alive and loony."
"No you won't," he challenged.
I harrumphed. "Watch me." 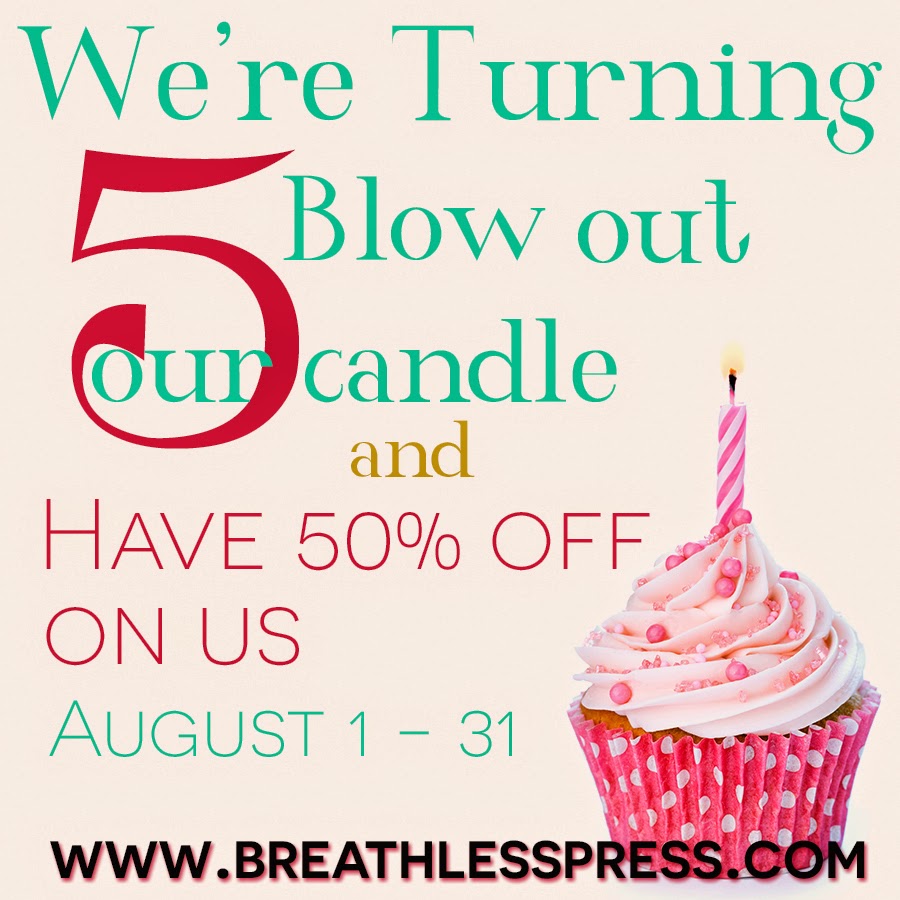 In August, Breathless Press is turning 5!  To celebrate we are releasing a limited edition Hardcover collection of our special birthday Wonderland Tales and to make sure that you're able to indulge in a little birthday fun, we are also having a month long 50% off sale across our site (www.breathlesspress.com).

Finally, 3 lucky winners could win prizes in our birthday giveaway through Rafflecopter!