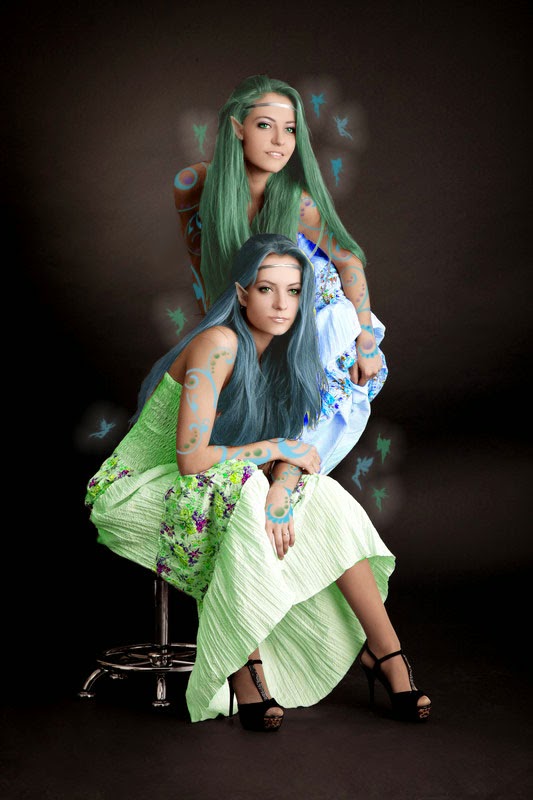 Have you read Goblin Fires? Then you know the story isn't over yet! In the next adventure in the Chronicles of the Four Courts, Reagan's half-brother Finn must take up the fight, to protect his beloved princesses Nineva and Nerissa, and to find out who is moving against the Monarchies and threatening the entire fae way of life.

1.      Elvyn Nights takes place roughly a year after Goblin Fires.
2.      Finn will face exile from the Court of Springtime when Queen Gloriana discovers an unforgivable transgression.
3.      The former Knight must find his way through Unbridled Fae territory and the most remote regions of Thairy to find Nina and Neri again.
4.      We will meet more of the Unbridled Fae, and Finn will discover what's become of his fugitive sister Reagan since she abandoned her own Court.
5.      Nineva and Nerissa must find a way to help their Knight from afar; Nerissa's power, though, is stolen by an unexpected development.
6.      Finn earns a curse when he spurns a jealous Sidhe lady; his journey becomes even more complicated when he is bespelled into a wild, Unbridled monster by the light of day.
7.      The Morrigan may have a very unexpected revelation for her fallen son. 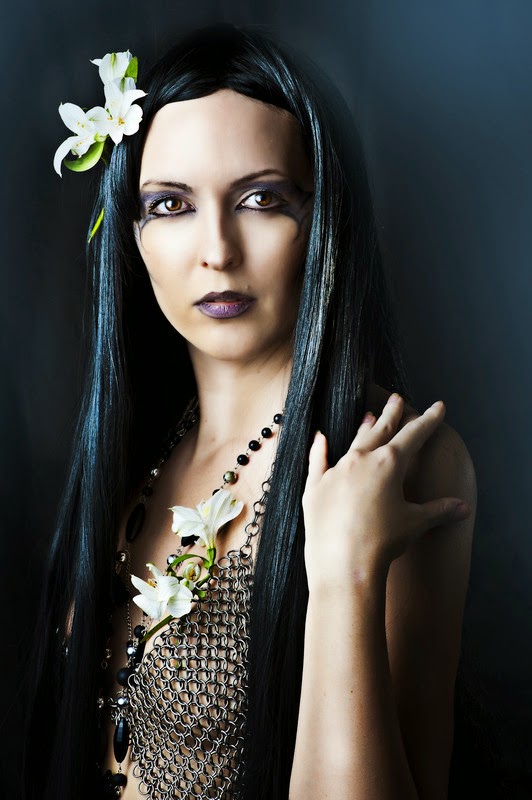 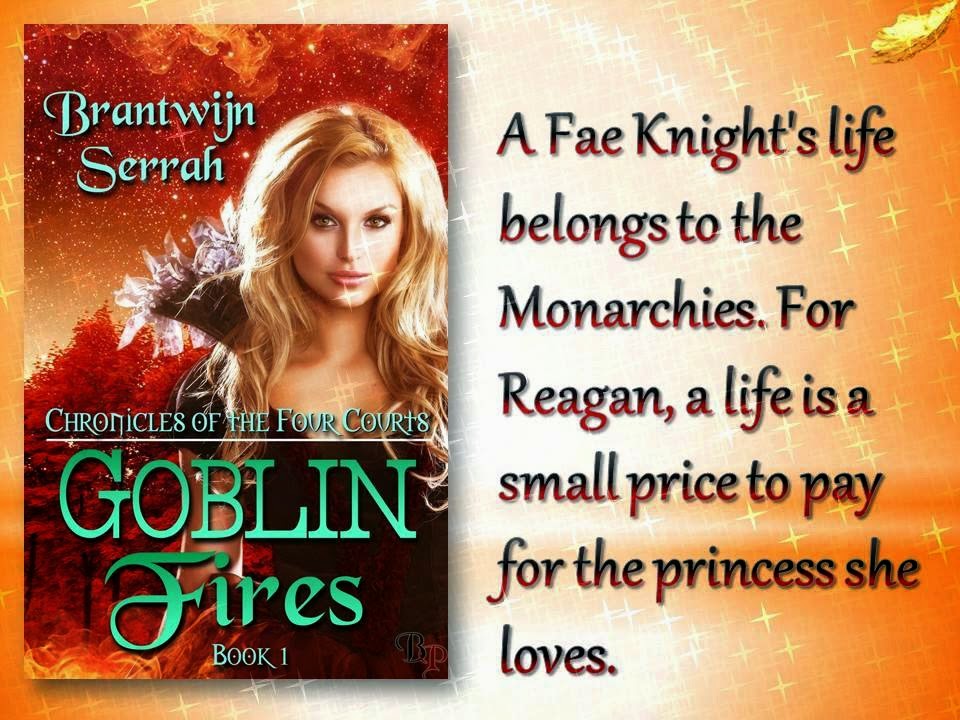 I surprised her when I showed up without warning at her door; I hadn't called ahead. I'd barely recognized I meant to go there myself. When Talaith appeared in the doorway, though, one eyebrow cocked, I didn't offer any kind of explanation. I threw myself at her.

I kissed her, hard and desperate, wrapping my arms around her luscious frame. I pushed her backward into the entryway of her apartment and kicked the door shut behind me. She squeaked. She actually squeaked.

"My Lady Knight!" she huffed when I let her up for air. "To what do I owe this pleasure?"
"This?" I teased, and kissed her again. "This isn't pleasure, Majesty. What I'm about to do to you, that will be a pleasure."

"Mm," she chuckled, and then she returned the embrace, twining slender arms around me and sliding fingers into my tawny hair.

Though the sun had set less than an hour ago, it appeared as though Tala had already been settling in for the night. She wore an oversized blue nightshirt hanging carelessly off one shoulder, a pair of slim and shimmery satin boy shorts, and dark fleece socks. She held a mug of cocoa in one hand, holding it expertly away from the violent crush of my body against hers to keep from spilling it. I reached out and stole it from her, taking a long drink.

"Tonight I do," I countered, and pressed her into another kiss, the sweet taste of creamy chocolate mingling on our lips. Tala of course had loaded her cocoa with the decadences of whipped cream and sprinkled chocolate shavings; the saccharine overdose made me wince. It hit me like a slug of strong alcohol, going down about as smooth. A quick, sleek burn kindled up through my limbs, bubbling all the way up to my head, and I slid both hands underneath her nightshirt to strip it up and off of her. The lace-and-satin bra underneath matched her panties. I nuzzled my face between her breasts and uttered an appreciative little sound of delight.

"Ridiculous creature!" she laughed, but arched against me all the same.

I came up to take the hot chocolate again, this time tipping it to her lips. She happily took a drink, and when I brought the mug away, a white trail of whipped cream marked her upper lip. I ducked in for another kiss and slowly licked it away—even the small bit of sweetness made me shiver. Her tongue met mine and we kissed over and over, tasting, sucking, and trading soft murmurs of pleasure. Each new kiss sent a pulsing, dizzy little thrill through me, and then the chocolate really started to kick in.

This is why I don't take sugar in my tea. All it takes is the littlest taste...

Vicious arousal caught fire in me. I tangled one hand in the pretty red hair at the base of Tala's skull, gripping tightly, while the other slipped down, under the cup of her bra, greedily caressing the warm, soft shape of her breast. I touched the tiny stiff peak of her nipple and squeezed it, teasing. Tala rewarded me with a quick, gasping giggle. I practically tore the nightshirt over her head and then the sheer designer bra as I fell upon her breasts with relish.

"The couch—"she managed, and she grabbed me by the shoulders to drag me to it. The room was dim, lit by the glow of the fire in her hearth. She tumbled backward onto the plush black leather and I followed, landing on top of her.

They say you should never meet your heroes, but Brantwijn Serrah says otherwise. At a Los Angeles book signing in 2012, Brantwijn met one of her all-time favorite authors of urban fantasy, Jim Butcher, who couldn't have been kinder or more encouraging to her as an aspiring novelist herself. As it turned out, the book he signed for her that night gave her the first spark of inspiration for Goblin Fires, the story of a goblin Knight hopelessly in love with her princess.
When she isn't visiting the worlds of immortals, demons, dragons and goblins, Brantwijn fills her time with artistic endeavors: sketching, painting, customizing My Little Ponies and sewing plushies for friends. She can't handle coffee unless there's enough cream and sugar to make it a milkshake, but try and sweeten her tea and she will never forgive you. She moonlights as a futon for four lazy cats, loves tabletop role-play games, and can spend hours watching Futurama, Claymore or Buffy the Vampire Slayer while she writes or draws.
In addition to her novels, Brantwijn has had several stories published in anthologies by Breathless Press, including the 2013 Crimson Anthology and 2014 Ravaged Anthology.  She's also had a short story published in the Cleiss Press Big Book of Orgasm and the anthology Coming Together Through The Storm. She hopes to have several more tales to tell as time goes on.  She has author pages on GoodReads and Amazon, and loves to see reader comments on her work. Her short stories occasionally pop up at Foreplay and Fangs, her blog.