This post is part of a virtual book tour organized by Goddess Fish Promotions. The author will be awarding a $25 Amazon GC to a randomly drawn winner via the rafflecopter at the end of this post during the tour. Click on the banner to visit other stops on this tour.

A runaway countess finds love when she least expects it…but she can’t hide from her past forever.

Elizabeth, Lady Beauchamp, fears for her life. When she discovers her dissolute and long-estranged husband has syphilis—and he wants to beget an heir no matter the cost—she flees to a remote part of Scotland to begin a new life as the widowed governess, Mrs. Beth Eliott at Eilean Tor Castle.

When Mrs. Eliott unexpectedly arrives on his doorstep, the reclusive and recently widowed Marquess of Rothsburgh is both irritated and intrigued. No longer in need of a governess—his young daughter now resides with his sister’s family in Edinburgh—he proposes the beautiful widow fill a position of a different kind…

Torn between staying true to her marriage vows and her wanton attraction to the devilishly handsome marquess, Elizabeth struggles against the temptation to become his mistress. But living a lie is not easy when you have fallen in love. And secrets always have a way of coming out…

Elizabeth sat before her cherrywood dressing table, determinedly brushing her hair with slow methodical strokes, trying in vain to relax. The simple routine always used to be soothing, a balm to her taut nerves.

The grandfather clock in the hall outside suddenly heralded the hour. Midnight.

With a shaky sigh, she placed the brush upon the silver tray and glanced at her candle-lit reflection. A grave young woman stared back at her; shadows as dark as bruises marred the usually pale skin beneath her grey eyes. She was so tired. And so anxious, she felt as brittle as a dried-out birch twig that was going to snap at any moment.

But she couldn’t break now. All going well, in six hours she would be gone from here in a hired cab that was scheduled to arrive in the mews behind the servants’ entrance where her travelling trunk had been carefully stowed. Despite her fatigue, she doubted that she would be able to sleep at all between now and then.

There was too much at stake.

The unexpected sound of her bedroom door opening made her start. In the dark shadows behind her, the reflection of her husband’s tall, lean frame appeared. He paused on the threshold and by the way he leaned against the door frame it was obvious that he was drunk—not an unusual circumstance for this time of night. Elizabeth knew that he’d probably spent the best part of the evening at his club or some gaming hell. But what was unusual, what caused her heart to hammer against her breast, was the fact that he had come to her room at all.

Hugh hadn’t entered her bedchamber for more than a year.

She tried to read his expression, judge his mood. Desperately tried to fathom what could have prompted this unexpected nocturnal visitation. But Hugh’s blue eyes, indeed the sculpted planes of his entire face, were hidden in shadow.

“Elizabeth.” Pushing away from the door, he prowled toward her bed, then sank onto the pale blue silk counterpane with a heavy sigh. The lingering odor of port and stale cigar smoke assailed her, but she forced herself to remain still, as she watched—and waited, her stomach cramping with fear. It made no sense at all that he had come to her, instead of seeking out the more titillating company of his latest mistress or at the very least a prostitute—his usual custom at this late hour.

Unless…Does he know what I have planned?

Despite her rising panic, Elizabeth was suddenly struck by the realization that her husband was uncharacteristically maudlin. Turning to face him, she was acutely conscious of the fact that she only wore a thin, white cotton nightrail. Although it buttoned all the way to her throat and had long sleeves, she felt vulnerable. Exposed. It bothered her that her feet were bare.

But she couldn’t afford to show any weakness.

“Are you all right, my lord?” she asked carefully, forcing the words past her tight, dry throat. It seemed safer than asking—what do you want?—or—are you here to stop me leaving you? She hoped to God he hadn’t uncovered her secret. She must tread carefully. Her life depended upon it. 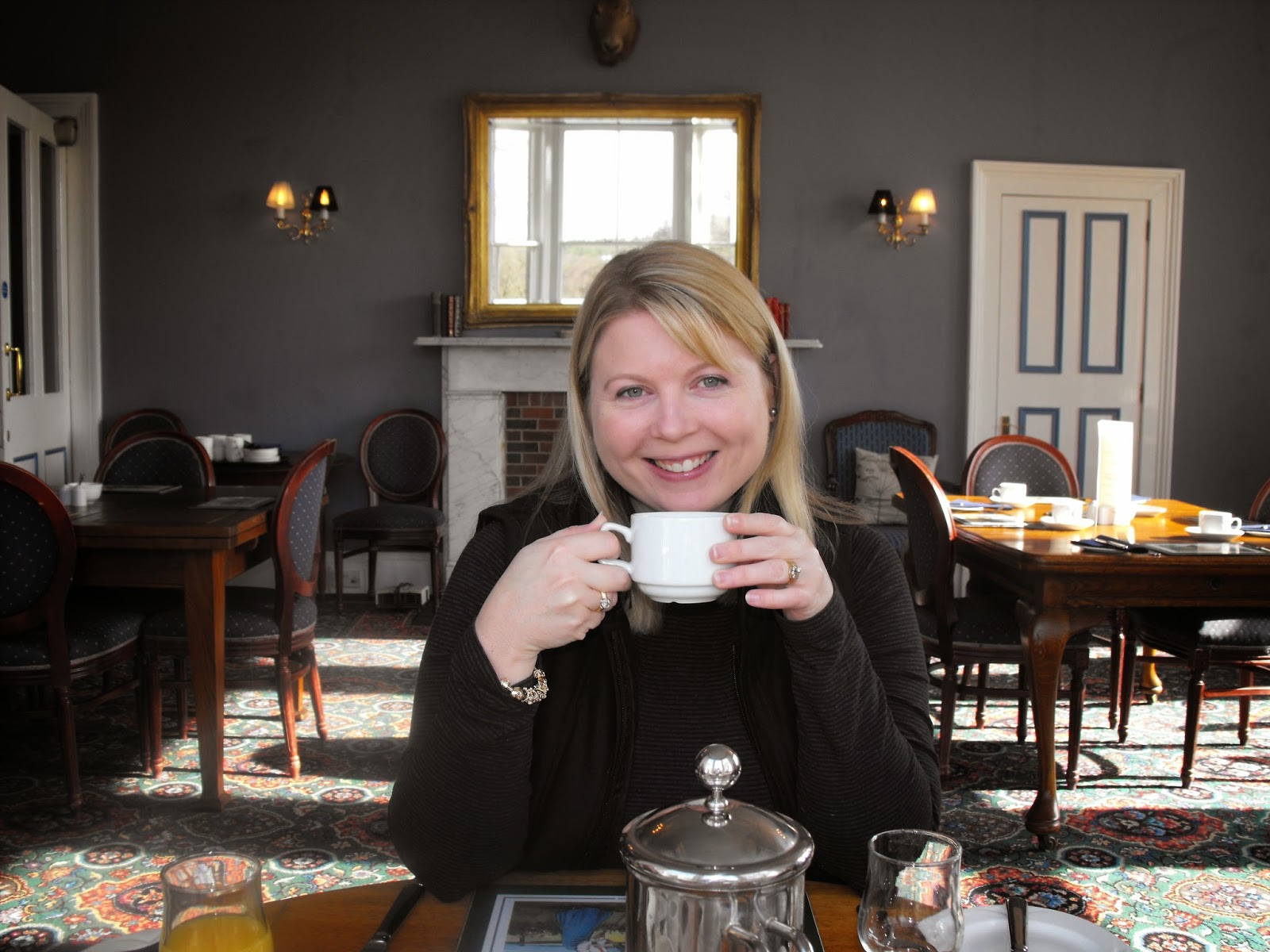 Amy Rose Bennett has always wanted to be a writer for as long as she can remember. An avid reader with a particular love for historical romance, it seemed only natural to write stories in her favorite genre. She has a passion for creating emotion-packed—and sometimes a little racy—stories set in the Georgian and Regency periods. Of course, her strong-willed heroines and rakish heroes always find their happily ever after.

Amy is happily married to her own Alpha male hero, has two beautiful daughters, a rather loopy Rhodesian Ridgeback and a Devonshire Rex cat with attitude. She is a Speech Pathologist, but is currently devoting her time to her one other true calling—writing romance.


a Rafflecopter giveaway
Posted by Erzabet Bishop at 1:30 AM