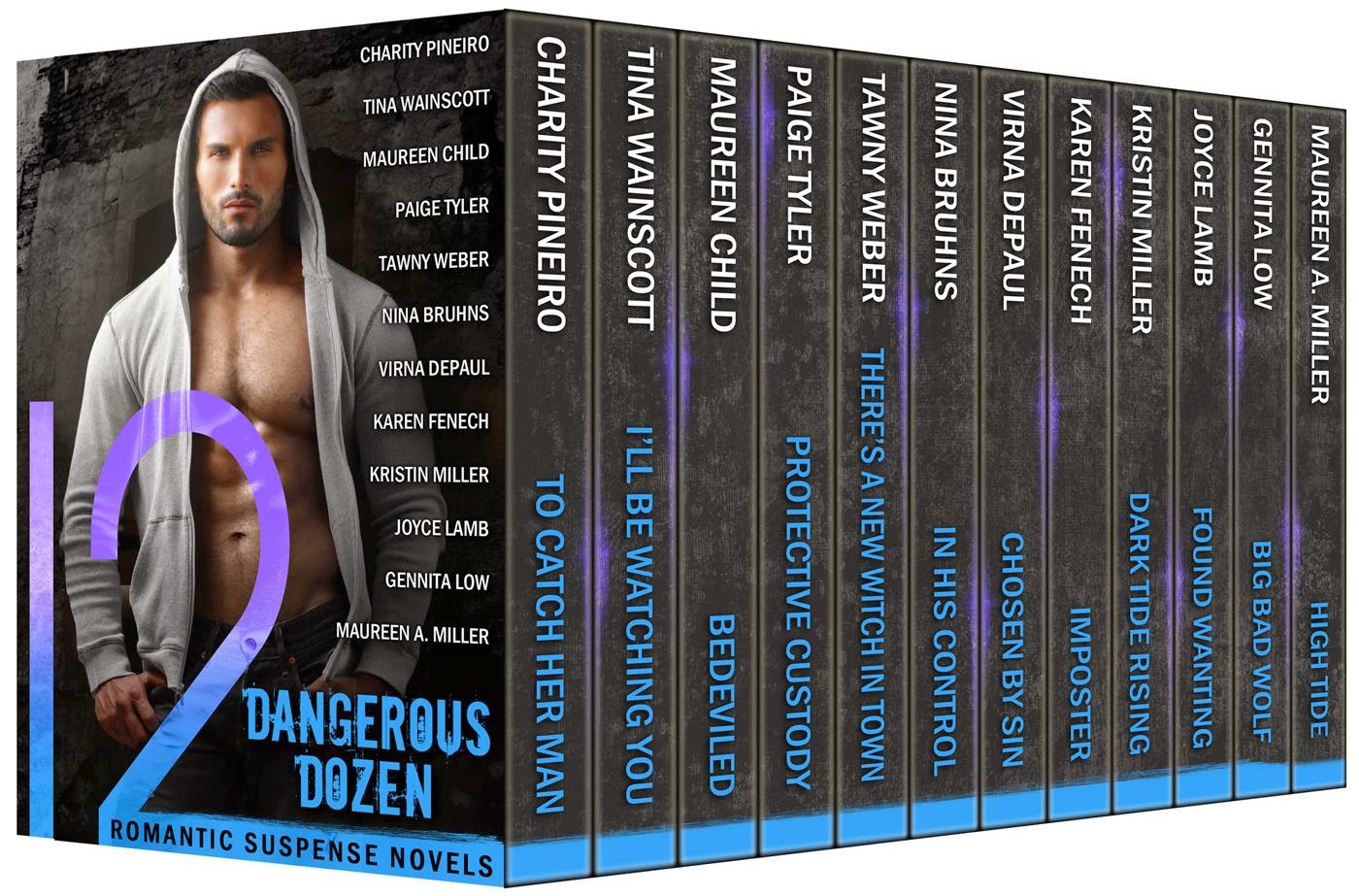 ***Twelve fabulous romantic suspense books on sale for only 99 cents for a short time.***

The Dangerous Dozen--heroes who make danger sexy... These alpha male heroes know how to protect their women--and how to love them. This romantic suspense boxed set stars TWELVE smoking hot heroes in TWELVE full-length novels by TWELVE bestselling authors.

To Catch Her Man by Charity Pineiro, New York Times and USA Today Bestselling Author. Investigative reporter Sylvia Amenabar must decide between friendship, love and discovering the truth behind a cop's murder... Undercover detective Carlos Ramirez nearly lost his life protecting Sylvia, but knows it'll be a fight to reach her heart. . . Can they learn to trust one another and find out the truth about a failed assignment that nearly killed Carlos? Or will the secrets of the past cost them the things they hold most dear.
About Charity
Charity Pineiro is the sweet and sexy contemporary side of my NY Times and USA Today Bestselling Author half which writes dark and edgy paranormal romance and action-packed romantic suspense. I wrote my first novel in the fifth grade when my teacher assigned a project – to write a book for a class lending library. Bitten by the writing bug, I continued with my passion for the written word and in 1999, my first novel was released. I am now the author of nearly 40 published novels and novellas. When not writing, I am a Jersey Girl, wife, and mother to an aspiring writer and fashionista.
Thanks for dropping by to find out more about me! Here’s some fun facts to give you an idea of what I love!
Links: Website, Facebook, Twitter

I'll Be Watching You by Tina Wainscott, New York Times Bestselling Author. Kim left her Everglades town under a cloud of scandal. Her grandmother's murder brings her back to reclaim her home and unearth the truth...while a killer watches her every move.

About Tina
I’ve always loved the combination of suspenseful chills and romantic thrills. As of January 2014, I will have published fifteen romantic suspense novels, four romances for Harlequin, as well as ten paranormal romances as Jaime Rush. It was great fun to pull my out-of-print books from the shadows and re-issue them as e-books. But I also felt the itch to write romantic suspense again, and revive my Tina Wainscott name with new fiction. Losing my nephew, a Marine, in the war made me realize that our military men are really the perfect heroes. Not only during the war but afterward as they try to stitch their lives and souls together once they’re home. And so was born The Justiss Alliance, an agency where these men can find purpose, honor, and love outside the war zone.May you find joy and hope in the books that you read!
Links: Website, Facebook, Twitter 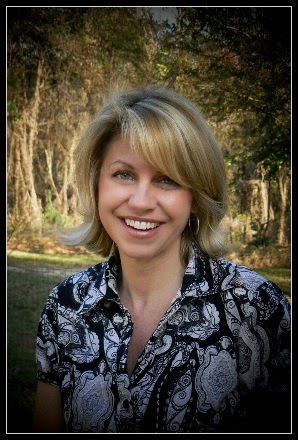 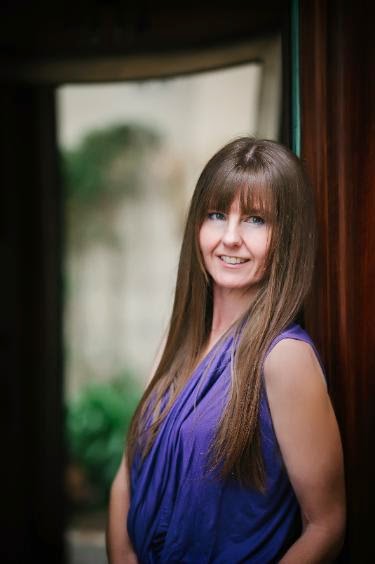 Protective Custody by Paige Tyler, USA Today Bestselling Author. Someone is stalking reporter Paisley McCoy, and police detective Gray Beckham is the only man who can protect her. While the chemistry between them is undeniable, there's no way he's going near the captain's daughter, and she had a hard and fast rule that says she doesn't date cops. Can they both survive the stalker who's coming after them long enough to realize how good they are together?

About Paige
Paige is a USA Today Bestselling Author. She graduated from The
University of West Florida with a degree in education in 2000, but
decided to pursue a full-time career as a writer in 2004. Since then,
she’s written over fifty books in several genres, including paranormal,
contemporary, western, sci-fi and erotica. She loves writing about
strong, sexy, alpha males and the feisty, independent women who fall
for them. From verbal foreplay to sexual heat, her stories of romance,
adventure, suspense, passion and true love will leave you breathlessly
panting for more.
Links: Website, Facebook, Twitter 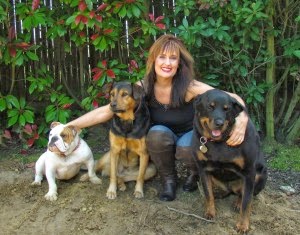 There's a New Witch in Town by Tawny Weber, New York Times and USA Today Bestselling Author. Her magic, his town, their love... is it enough? Or will a witch just regaining her powers have to choose between saving a cursed town, or giving up everything she's come to care about?
About Tawny
New York Times & USA TODAY Bestselling author of over twenty-five hot books, Tawny Weber has been writing sassy, sexy romances since her first one hit the shelves in 2007.  A fan of Johnny Depp, cupcakes and color coordination, she spends a lot of her time shopping for cute shoes, scrapbooking and hanging out on Facebook.
Readers can check out Tawny’s books at her website, or join her Red Hot Readers Club for goodies like free reads, complete first chapter excerpts, recipes, insider story info and much morYou can also find her on Facebook, Twitter or Pinterest. 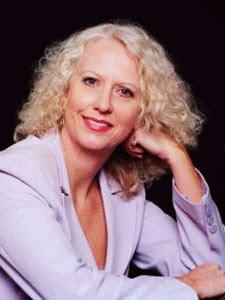 In His Control by Nina Bruhns, New York Times and USA Today Bestselling Author. A rogue detective will do anything to catch the sexy international thief he's fixated upon. When their titillating game of cat and mouse grows shockingly intimate, he must make the impossible choice between honor and duty...and the notorious woman he has unwittingly come to love.
About Nina
Bestselling author Nina Bruhns' adventurous romantic thrillers contain a unique blend of interesting characters and settings, twisty suspense and sizzling romance. To date she has published over 25 award-winning novels.
Awards and honors for Ms. Bruhns's books have included two RITA nominations, three Daphne du Maurier Awards for the Year's Best Overall Mystery-Suspense Book, two Romantic Times Reviewer Award for Best Book of the Year for series romance, a National Readers Choice Award, and five Dorothy Parker Awards of Excellence, just to name a few.
Links: Website, Facebook, Twitter 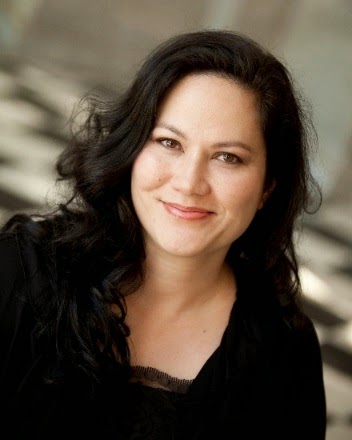 Chosen by Sin by Virna DePaul, New York Times and USA Today Bestselling Author. A wounded alpha werebeast bent on revenge... A female vampire trying to save her adoptive dragon-shifter family... Can they stop a group of rebel shape-shifters from unleashing every demon in hell? Only if they relinquish their secrets, face their fears, and open themselves to love.

About Virna
Virna DePaul is a USAToday and New York Times bestselling author of steamy, suspenseful fiction.  Whether its vampires, a Para-Ops team, hot cops or swoon-worthy identical twin brothers, her stories center around complex individuals willing to overcome incredible odds for love. Bedding The Wrong Brother is a #1 Bestselling Contemporary Romance, and is followed by Bedding The Bad Boy. Her PNR series with Random House launches on April 1, 2014 with Turned. She loves to hear from readers at  www.virnadepaul.com
Author Links
Website, Newsletter, Facebook, Twitter, You Tube 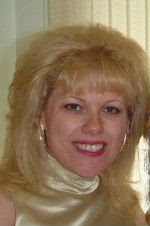 Imposter: The Protectors Series -- Book One by Karen Fenech, International Bestselling author. Chemist Dr. Eve Collins, wrongly accused by the CIA of developing a chemical weapon, learns someone has set her up as a scapegoat. That "someone" wants her dead. To save her life, she must join forces with CIA Operative John Burke--the man who doesn't believe her claim of innocence and the man she's falling in love with.

About Karen
Karen Fenech writes contemporary and historical romantic suspense and suspense-mystery. Her novels, originally released in hardcover by Gale under the Five Star Expressions imprint, have received critical acclaim and have been praised by New York Times and USA Today bestselling authors Kat Martin, Maureen Child, and Debra Webb. Her novel BETRAYAL has been translated into Japanese, and her short fiction has been translated into Swedish, Danish, and Norwegian. All of her novels are now available for Kindle and Kindle applications (from 99 cents). She lives with her husband and daughter.
Links: Website, Facebook, Twitter 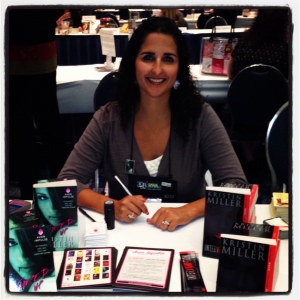 Dark Tide Rising by Kristin Miller, New York Times and USA Today Bestselling Author. Police Sergeant Mark Thurgood is all work and no play, but he's harboring secrets that tie him to the vengeful sea. Free-spirited Emily McAllister is haunted by premonitions, and the latest shows her death in a dark coastal cave. Can they put their desires aside to focus on the task at hand and find the killer before he finds her?

About Kristin
Kristin writes light paranormal romances for Entangled's Covet line, and dark paranormal romance for Avon and Harlequin. She is adding sweet and sassy contemporary romances into the mix and is loving every minute.
On the non-writing front, Kristin has degrees in psychology, English, and education. She taught high school and middle school English before crossing over to a career in writing. She lives in Northern California with her alpha male husband and two children.
Links: Website, Facebook, Twitter 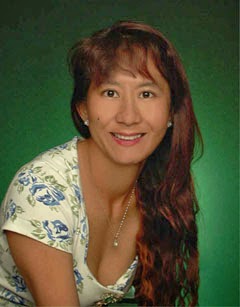 Big Bad Wolf by Gennita Low. On the run from shadowy enemies, a secret agent finds sunlight and love while working undercover for a female roofer.
Gennita Low writes sexy military and techno spy-fi romance. She also co-owns a roof construction business and knows 600 ways to kill with roofing tools as well as yell at her workers in five languages. A three-time Golden Heart finalist, her first book, Into Danger, about a SEAL out-of-water, won the Romantic Times Reviewers Choice Award for Best Romantic Intrigue. Besides her love for SEALs, she works with an Airborne Ranger who taught her all about mental toughness and physical endurance. Gennita lives in Florida with her mutant poms and one chubby squirrel.
Links: Website, Facebook 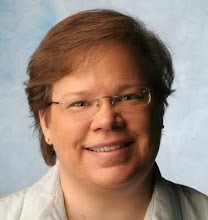 Found Wanting by Joyce Lamb. She's been on the run for 14 years. He's been sent to bring her home, dead or alive. A boy's life depends on what happens next. Can they overcome betrayal, lies and violence to find what they've always wanted?

High Tide by Maureen A. Miller. A couple locked in a struggle to protect the coast...and their lives.

About Maureen
Maureen's illustrious writing career began in the fourth grade with the blockbuster hit, Super Watermelon Man. Many years later, she evolved into a full-fledged Romantic Suspense author with her first novel, WIDOW'S TALE, which was nominated for a Golden Heart by the Romance Writers of America. A fan of the old Gothic romances, Maureen enjoys the formula of danger, romance, dark cliffs, and sinister houses. All these elements can be found in her romantic thriller, ENDLESS NIGHT.
Recently, Maureen broadened her horizons, literally, by venturing into young adult science fiction with the BEYOND series. This series features BEYOND, BEYOND: TWO SUNS, and BEYOND: THREE PATHS.
Links: Website, Facebook, Twitter