Rescued by the Wolf 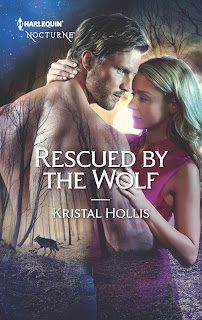 She’s not afraid to run with his wolf.

When a poacher killed his mate, Rafe Wyatt lost his future. While the Wahyas of Walker's Run have been pulling him back from the brink, he's certain he won't have another chance at love. That is, until Grace comes to town.

Grace Olsen is a woman without roots. That's exactly how she likes it, until a sojourn in a small, close-knit Appalachian community gives her a new vision of what home could be—and so does Rafe. He was supposed to be nothing more than a casual lover, just as wary of commitment as she is. When their raw attraction becomes something deeper, more complex, they could be looking at a new future together. But someone close to them both would rather see Grace dead than let her be with the man—and the wolf—she's grown to love.

“Rafe, wake up!”
He didn’t move, snort, or otherwise acknowledge her presence.
Grace eased off the Murphy bed, slid her feet into pink slippers, maneuvered between the coffee table and couch, and reached over Rafe to the alarm clock balanced on the top frame of the couch, the LED face flipped so that the time flashed into the cushion instead of into the room.
In a sudden whirl, she slammed onto the couch seat cushions. Rafe’s steely fingers clamped around her wrists, pinning them over her head. She stared into icy, cobalt blue eyes that would’ve stolen her breath if she hadn’t lost all air when he plastered his hard, hot body onto hers.
The short crop of his auburn hair stuck out in different directions. A pillow crease cut across one high cheekbone and dipped into the reddish stubble dusting his strong jaw. His firm, full lips would look much more kissable if he smiled.
Squared shoulders rose above a sculpted chest swirled with soft tufts of hair, and a quarter-sized scar marred the taut, tan skin over his right ribs.
Her gaze slid over the ripples of his abs and the sharp indents of his hips. She couldn’t follow the treasure line that arrowed down from his belly button because he was lodged intimately against her pelvis.
A giddy heat rushed her body and struck her with the acute awareness of a virile man in his prime.
“Never sneak up on me, Grace.” Rafe’s laser-intense eyes burned holes straight through her body. “It’s dangerous.”
No doubt.
From his deeply etched scowl to his silent, panther-like movements, she needed no further warnings. He was dangerous on all levels.

Rafe sat on the couch in the living area of the suite, opened the fast food bag and methodically set three wrapped sandwiches, an extra-large order of fries, napkins and a plastic spoon on the small round table.
“How you can eat like that and not have an ounce of fat?” She knew he didn’t because she’d seen every inch of him.
“I run almost every night.” Rafe unwrapped the first sandwich, wadded the paper and dropped it in the bag.
“You don’t look like a runner. They’re usually lean and lanky.” Grace pulled a bottle of water from the small in-room refrigerator and placed it on the table for Rafe. “You’re thicker, more solid.”
Elbows on his knees, holding the sandwich in front of his face, he took a giant bite, chewed slowly and swallowed. “You think I’m dense and slow?” His gaze lifted to her with a challenge in his eyes.
“No.” She joined him on the couch. “Think of greyhounds and rottweilers. Greyhounds are sleek, elegant and fast. Rottweilers are—”
“Blocky and stout?”
Neither of which described Rafe.
“I was going for strong and durable.” She picked up the spoon and shoveled a big scoop of delicious, soft, vanilla ice cream drowning in hot fudge into her mouth.
Her entire body cheered.
“I could give a greyhound a run for its life.”
“Keep eating junk and you won’t.”
Eying the sundae in her hand, he halted before taking another bite of his sandwich.             “Who’s the pot and who’s the kettle in this conversation?”
“Hey. This is my only vice.” She savored another bite. “Ummmm.”
“What about coffee?”
“Isn’t a vice. Coffee is as essential as oxygen.”
“If you stopped breathing, which would you rather have, mouth-to-mouth resuscitation or a cup of coffee poured down your throat?” Rafe’s gaze lingered on her mouth.
Her lips tingled. She gave her spoon a slow, sensual lick. “Depends on who’s providing the rescue breathing.”

If you like a good paranormal read, then this one is for you.  An interesting take on Appalachian shifters, this book is a page turner and I enjoyed it immensely. Good characters, interesting dialog and a world I wanted to slip into. 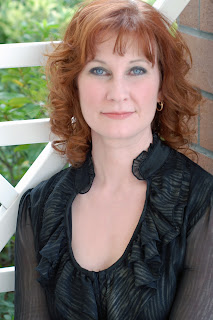 Raised in a small Southern town, Kristal Hollis has spent most of her life helping people and animals. When a family medical situation resulted in a work sabbatical, she began penning deliciously dark paranormal romances to escape the real-life drama. After the crisis passed, her passion for writing love stories continued. An RWA 2015 Golden Heart® Finalist, Kristal lives with her husband and two rescued dogs at the edge of the enchanted forest that inspires her stories. 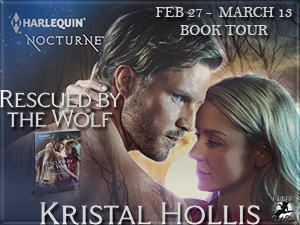