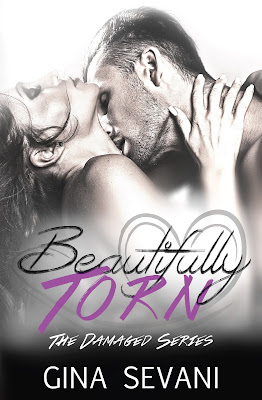 Sean Mikaelson, drummer of Sweet Misery, didn’t always have an easy life. He was headed down the wrong path, but it all changed when the troubled teen met his best friend, Damon Black.
Throughout the years, music became his escape.
Liberation came with a price, that of a promise… one that would test him in ways he never thought possible. One moment, he had the entire world at his fingertips. The next, he made the biggest mistake of his life and everything slipped from his grasp.
Shay Black’s first mistake was tempting herself with someone she could never have. She was doomed the minute his smile hypnotized her, threatening everything. But the heart wants what it wants. One night changed it all. The love she once knew was now buried deep, hidden away, and nothing would ever be the same again.
Falling in love with your brother’s best friend was never a good idea…
**Beautifully Devoted is a STANDALONE New Adult Romance that follows the characters introduced in Beautifully Damaged.** 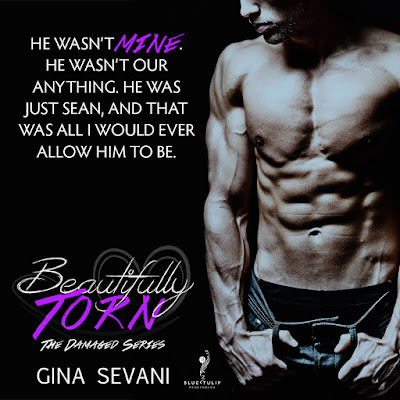 “You know deep down what you want. You know deep down in your heart and soul I’m the man that you want… the one you desire. When are you going to stop denying what this is between us? You don’t want anyone else. You want me.” He pointed to his chest and stepped a little closer. “It’s my voice you want to hear whispering your name. You want my lips caressing every single inch of your body. You need my touch — no other man’s — and the only man you’ve ever craved to have buried deep inside of you… is me. You already have my heart, Shay. You fucking stole it a long time ago. No matter what happens, I know I won’t ever truly get it back. I’m completely okay with that because it’s yours to keep… forever. I just need you to take care of it. Treasure it like I would treasure yours… if you had ever given it to me.”
Every intense and powerful emotion consumed me; I had to look anywhere but into his eyes. It was too raw. Sean knew me; it was crazy the powerful connection we shared, and one look into my eyes would show him that I felt the same way. I couldn’t let that happen. I’d fought for years masking the perfect face, not letting anything show. The more I was around him, the more I heard the sweet words he admitted; it was harder and harder to keep myself under control. I needed more control. I squeezed my eyes shut as tears fell down my cheeks.
It took every ounce of strength I had not to cave. He took the one step that separated us, closing the distance before he pressed his chest against mine. I never thought I would actually hear those words he’d spoken. I had dreamed of hearing them for years, and now, I was terrified. It caused my heart to literally ache.
Sean gripped my waist and pulled me tighter against his muscular frame. My hand pressed against his heart to try to keep a tiny bit of space between our bodies, but that didn’t stop him from coming as close as possible. My body tingled from his presence.
His heart was beating incredibly fast. “So, instead of fighting against us, Shay, I need you to fucking fight for us,” he murmured against my lips as slow as humanly possible. 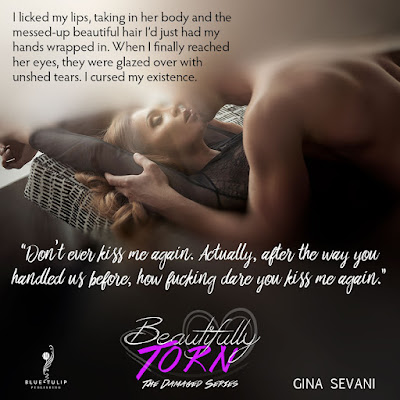 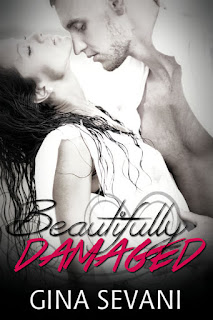 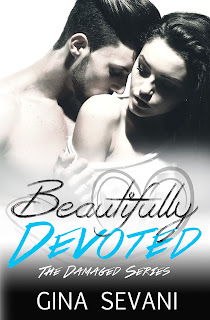 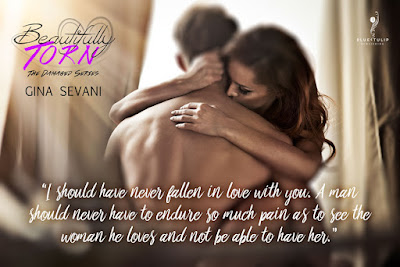 Gina Sevani, was born and raised in beautiful South Carolina. She still resides there with her husband and their precious little girl. She learned quickly that she had mad love for reading romance, paranormal and everything in between so she tried writing her own and here we are with novel number three published in The Damaged Series. Gina has several stories she feels passionate about and can’t wait to share with you. She spends her free time working out, reading, dancing, and enjoying hour long bubble baths. If she doesn’t get those things… well you don’t wanna know.
Facebook | Twitter | Instagram | Amazon | Goodreads