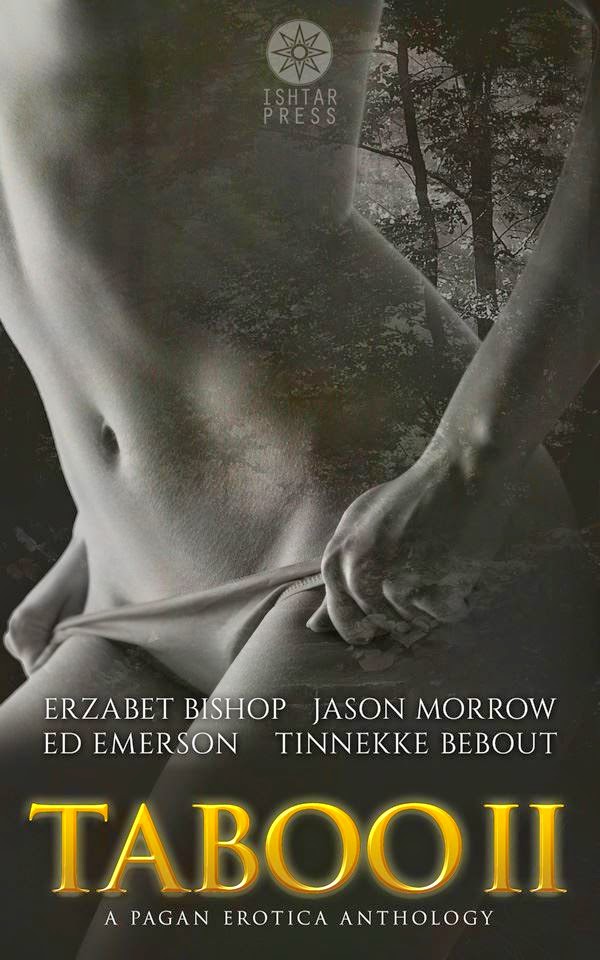 On this altar to the Goddess Ishtar, we present to you four tales of unbridled desire and toe-curling release:

Under Cover of Darkness by Erzabet Bishop

When Giselle is sent into the mountains to fetch an author who has missed his latest book deadline, she finds herself in the thick of trouble. After her car dies, and she escapes a pack of feral dogs, her only refuge from the darkness is a gated castle shrouded in mystery.
Is the author she seeks beyond the cold stone walls? Or will she discover something else—too wicked for words?

To Mar a Page with Words by Jason L Morrow

Robert stared at the blank page, night after night. He wanted nothing more than to write, but the blank page taunted him and held him at bay. Finally, after a visit from a dark-haired woman in his sleep—his dream muse—the floodgates of his imagination opened and the words poured forth.
Now the woman of his dreams wants to be the only one in his life.

The Sultan by Ed “CC” Emerson

Angela seeks the counsel of her friend and occasional lover, Marianne, regarding her interest in seeking a Dom. She learns one of the primary members of the poly family she is involved with would be perfect dominant for her.
Can she strike up the courage to ask him? And if she does, what will happen next?
Grab some wine or mead. Strip off your clothes and get comfortable.


Explore our offering with all your senses as we delve into the taboo.

An excerpt from Under Cover of Darkness by Erzabet Bishop:

Coarse black fur covered his newly reformed body. With massive shoulders and a towering frame, he stood over her, chest heaving.   She had seen werewolves on TV and in the movies. Special effects of course, but they were hot.  They had starred in her fantasies  since she was old enough to figure out what to do with her fingers in the dark. Staring at Pendleton's fur-covered muscles and powerful thighs she felt her pussy dampen. Oh my God.  Her eyes trailed down to the enormous cock that hung between his legs. Icy fear warred with desire as his body adjusted to its new state and he realized she was there. Holy fuck. This really was like Beauty and the Beast. Only better. Screw the talking teapot.