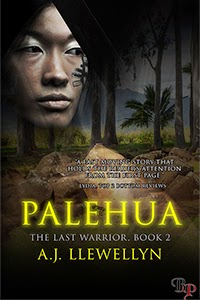 1.       How did you start writing erotic romance?
Hi again Erzabet, thanks so much for having me here again! I was just here a couple of months ago so some of my answers haven’t really changed but I’ll try and be original! I started writing when I was very young but I didn’t mention last time that I read Mills and Boon novels (The Australian equivalent of Harlequin Romances) obsessively from the time I was twelve. I wrote one when I was nineteen but they rejected it. I revamped it years later and it was accepted! So I’ve been the a while!

2.       Plotter or pantster?
I do plot but I never stick to the plan…sadly I’m an off-the grid kinda person!

3.       What are three things you have on your writing desk?
Well, something to drink, my cats, and fruit. I gave up smoking 20 years ago and it affected my work because I typed with a cigarette dangling from my lips. I still miss it! So I have to have something in my mouth. Oh, that’s sounds kinda naughty, doesn’t it?

5.       Tell us a little about your new release. What character in the book really spoke to you?
Last time I was here I was talking about my first book with Breathless Press. It was ‘Ailani: The Last Warrior, Book  1. This time I am here to talk about the second book in this M/M, fantasy/paranormal series, Palehua.
I love all the characters but I have to say this time I really have a soft spot for Lahala, who is Lio’s landlady. She has an unusual profession: she owns a flea circus. I once stayed with a woman on the Big Island of Hawaii who had a flea circus and I itched the whole time I was there. Check out some flea circuses in action on YouTube. There are some nutters out there! So I have based Lahala on that crazy old lady, plus another woman I knew who’d been one of Don Ho’s mistresses. He had many! She still mourns his passing.
I had a lot of fun creating Lahala but sheesh I just started to itch typing all this!
6. I write because killing people is illegal, but killing them in fiction is groovy.
7. What is your favorite type of character to write about?
I like writing about ordinary people caught up in extraordinary situations. That’s what’s interesting to me. How a regular guy handles something shocking/amazing/life-changing.
8. What is the sexiest scene you ever wrote?
I really work on each and every sex scene but I loved the one in Palehua…I won’t say which  one, I’ll let the readers find it, but I’ll just say it incorporates an interesting use of furniture!
9. What advice would you give new authors in the erotica/romance field?
Write from the heart. Don’t write in a genre because you think it will sell. Write the kind of        story you want to read yourself. I write books because they are stories nobody else will write!
10. What is next on your writerly horizon?
I have several WiPs on the boil! Please check my website www.ajllewellyn.com for updates,      free short stories, and free blog stories.  Also please feel free to sign up for my free monthly newsletter which has all kinds of tidbits in there. I give away one free ebook a month to one lucky reader. The sign-up link is below.

Thanks for having me here, again, Erzabet!

Palehua: The Last Warrior Book 2:
Synopsis:
Lio Paikai, reincarnated warrior of the lost Hawaiian kingdom, finds trouble in paradise. The old island gods demand Palehua from his family: blood sacrifice.
Lio Paikai is adjusting to both his new, extremely passionate relationship with his lover, Kord Ashley, and his status as 'Ailani,the reincarnated, loyal warrior who fought for the last king of the Hawaiian islands Oahu and Maui. Having severed his ties with his mother, Kalani, Lio grows closer to his father and his new family, but Kalani won't leave them alone.
Violating a restraining order of protection, she is arrested. Hours later, when Lio accompanies his stepmother to a birthing class, a strange woman falls from the sky landing on the hood of his SUV. Old wounds, old curses, and the demand for retribution threaten to destroy his entire family. Lio must uncover the identity of the fallen woman and soon learns her heartbreaking connection to his mother and the damage it has caused Kalani her entire life. Lio must right an ancient wrong and appease the old island gods that demand an immediate Palehua: blood sacrifice.

Excerpt:
One hour and five minutes later, we walked out of the house. Marcella kept assuring me I'd done very well as she held my arm. My back, neck, and shoulders ached. I'd had to act out giving birth to a baby-doll while Marcella pretended to be my birthing partner.


I felt sorry for my dad. The way she'd screamed at me gave me every indication that she would be a real Nazi in the delivery room.
I was in total panic. I'd had to pretend to give birth to the fake baby so that I empathizedwith Marcella's process, but found the experience so traumatic I didn't think I'd ever get over it. I kept trying to imagine her vagina opening to a huge, cavernous space as my father massaged the baby's emerging head with olive oil.
Had he done this for me and Louie? What about Marcella? Wouldn't the pain be horrendous?
"You did great, sweetie," she said. "You're a champion."
"No, I'm not. I'm a wuss. I couldn't handle the belly."
"You were fabulous."
"Who was better, me or Kord?"
"Oh, sweetie. Don't do this to yourself."
"Kord, right?"
She flashed me a guilty look. "Well, he sang show tunes as he delivered." She frowned suddenly. "I should have realized then that he was gay."
As we got to the SUV, she peered inside. "Sweetie, do we have any apples in there?"
No, we didn't, but a quick stop over at Foodland would fix that.
As I let her into the passenger side, I stared across the road at a newish house right on the corner. I had no idea why it held my interest, but I caught a sudden glimpse of ghostly children running across the street to it.
I blinked, and nostalgia filled my soul. I couldn't believe what I was seeing. The streets were all gone, and I stared at miles and miles of sugar crops. I was standing on the site of an old plantation.
I saw a flash of a different building right on this corner. It was the kind of old Hawaiian-style building that marked a different era. Painted white and with a red roof, it had a lanai in front. I swear I smelled ice cream and chocolate. I heard laughter.
Across the top I saw in faded lettering the name Goo.
And just like that, the image faded.
When I got into the driver's side, Marcella said, "What are you seeing, sweetie?"
Shaking my head, I threw off the sudden emotion I felt. "I know it sounds weird, but I got a glimpse of what used to be there."
"What did you see?"
I hesitated. "A huge sugar plantation. And right where the house is, I saw a shop. A lot of kids went to it. I think it was a kind of soda fountain."
She reached her hand over to mine. "It was. It was the old Plantation Store, but people called it Charlie Goo's Store after the owner. It closed about twenty years ago."
I nodded. A strange, unsettled feeling came over me.
"You think maybe the spirits are getting you ready for a new case?" she asked.
"I'm thinking, maybe."
We weren't wrong.
Twenty seconds later, something fell on the hood of the car, making us both scream. It wasn't a coconut. It wasn't a bowling bowl. It wasn't a vagina or even an empathy belly. What fell on my hood and scared the heck out of both of us was a woman. At least, I thought she was.
And she'd fallen out of the clear blue sky.

About the Author:
A.J. Llewellyn lives in California, but dreams of living in Hawaii. Frequent trips to all the islands, bags of Kona coffee in the fridge and a healthy collection of Hawaiian records keep this writer refueled.

A.J’s passion for the islands have led to writing a play about the last ruling monarch of Hawaii, Queen Lili’uokalani, plus a non-erotic novel about the overthrow of her kingdom written in diary form from her maid’s point of view.

A.J. Llewellyn believes that love is a song best sung out loud.


I’m an app! Download my FREE A.J. Llewellyn App for Android here:  http://tinyurl.com/lkbc4wm
Posted by Erzabet Bishop at 1:00 AM