The set up: Warner is visiting Taddy on the Upper East Side. They “talk” monogamy after he’s just told her he’s in-love with her.
A bedroom excerpt taken from Chapter Nineteen: Dom Perignon Rosé 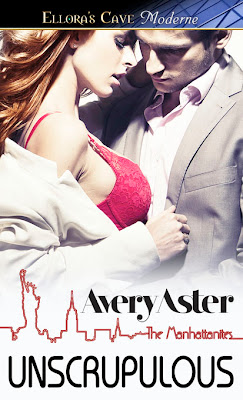 At thirty-three, Warner Truman is one of the richest men on the planet, a spa mogul who buys and sells resorts at will. He holds powerful executives’ careers in his well-groomed hands. Nothing is beyond Warner’s reach…until he meets her.

Stunning, tantalizing and perverse, Taddy captivates Warner’s carnal desire like no woman he’s ever met. A self-made millionaire, Taddy is tougher than steel, more brilliant than diamonds and, at twenty-seven, she’s never depended on a man for anything…until she meets him. 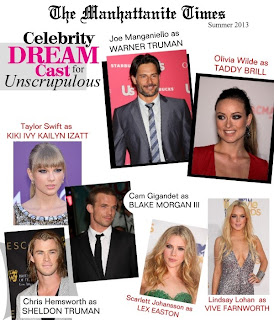 Chris Hemswort is…Blake Morgan III: (27) a gay, gorgeous top who is estranged from his husband. He co-founded Brill, Inc. and is the brains behind many of Taddy’s accounts.

Taylor Swift is…Kelly “Kiki” Ivy Kailyn Izatt: (21) a virgin Mormon assistant to Taddy Brill. She moved to New York from Provo, Utah, with dreams of making it in the big city.

Cam Gigandet is…Sheldon Truman: (32) Warner’s younger brother. A retired male fashion model, he travels the world jumping from one circuit party to the next.

two winners who will receive a $25.00 Amazon gift card.

Enter To Win via Rafflecopter:

1. All Entries MUST subscribe to Avery Aster's Newsletter to enter (required)

http://averyaster.com/ top right side is a subscription box

2. Easy entry for all Avery Aster fans on Facebook + 10

5. Add Unsaid (The Manhattanites #3) to your TRL on Goodreads