After discovering she's infertile, Lydia Ryder has all but convinced herself that she doesn't need children or a family to be happy. All she needs is her camera, her passport, and a damn good manicure. And maybe, maybe a sexy male travel companion. But when her job as a magazine photographer lands her in the small town of Maple Grove, NH, a precocious ten year old and her single father barge into Lydia's life, turning what she thinks she wants onto its head. In this town full of happily ever afters, Lydia finds herself wishing for things she had sworn off long ago...

When Cameron Tripp's wife passed away from heart disease, he thought he'd never find love again. He certainly never would have expected a woman like Lydia Ryder to waltz into his life and awaken his dormant heart and libido. But despite his better judgment, Cam finds himself drawn to the vivacious and argumentative outsider. He quickly learns that, like him, she knows all about misplaced trust, heartbreak, and how quickly a family can fall apart if you let it.

As impassioned arguments morph into frenzied kisses, the two wonder if one weekend can ever be enough. Despite lacking a maternal side, can Lydia connect with his ten year old daughter? And when Cameron finally learns the true nature of Lydia's article, the trust he worked so hard to build crumbles once again. With such doubts filling their minds, is there any hope that Lydia and Cameron will be able to start a new life together? 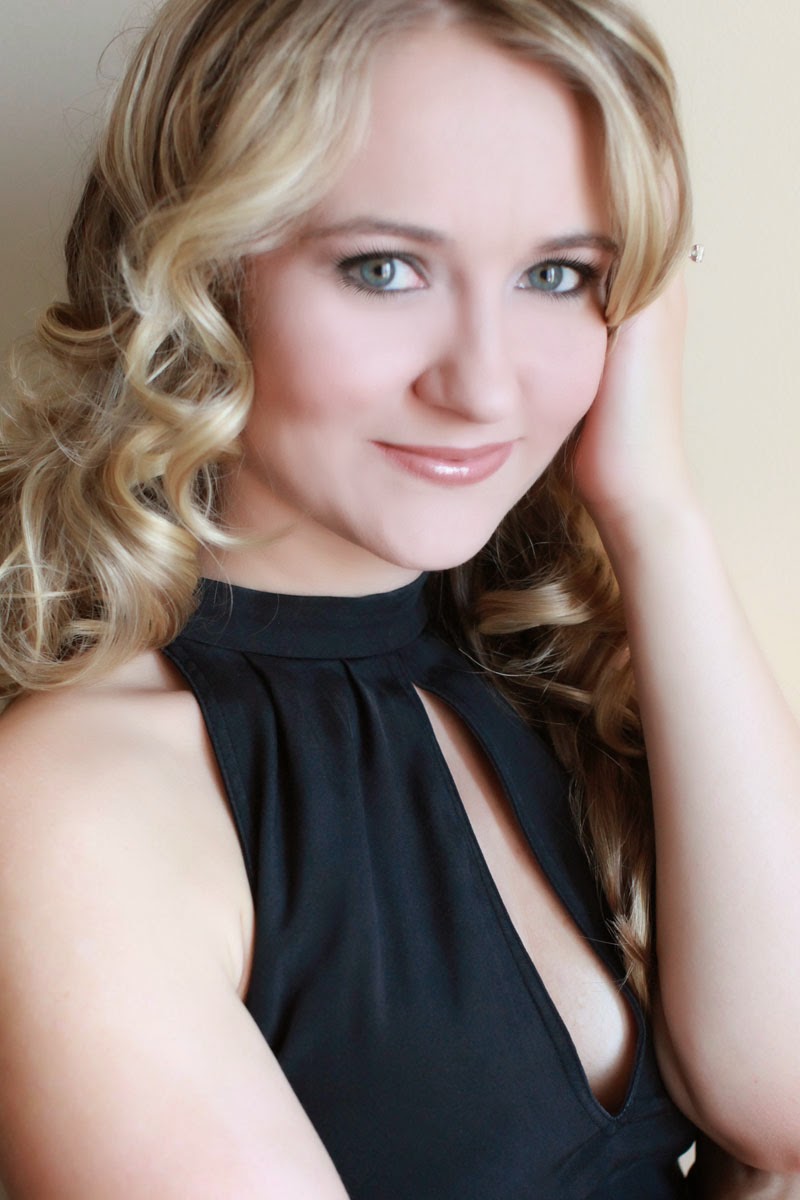 Katana Collins Katana Collins splits her time evenly between photographing boudoir portraits and writing steam-your-glasses romances. Between navigating life as a small business owner, a first-time homeowner, and a newlywed, Kat is in a constant state of "OHMYGODINEEDCOFFEENOW."

She is the author of the Soul Stripper trilogy, Wicked Exposure, and the graphic novel, Cafe Racer, co-written with Sean Murphy.

She and her comic book artist husband commute back and forth as they please between Brooklyn, NY and Portland, ME with their ever-growing family of rescue animals (up to two dogs and a cat and still counting!). She can usually be found hunched over her laptop in a cafe, guzzling gallons of coffee, and wearing fabulous (albeit sometimes impractical) shoes. 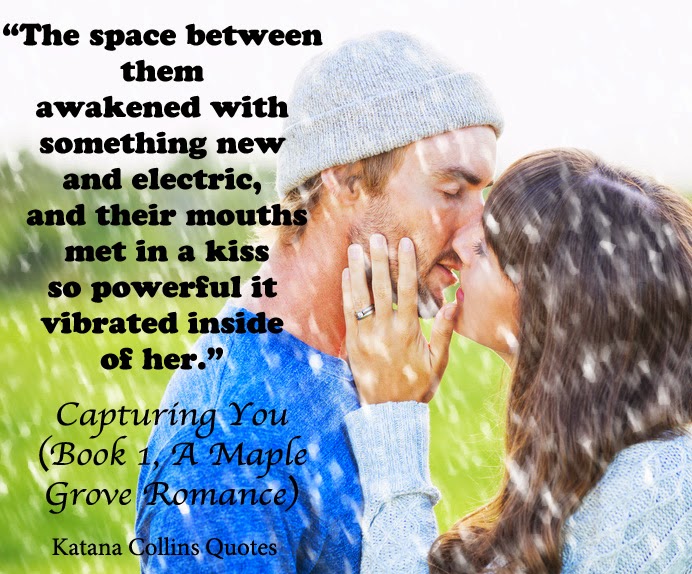 I read the first Soul Stripper novel and loved it and I fell into this book in just the same way. Katana has a way of capturing the character's emotions and nuances that just brings them to life in an almost breathable way. I felt so much for Lydia and the predicament she found herself in and how the story unfolded. Insert foot in mouth and try to recover. Sounds like my daily life.

I'm still reading this wonderful book but if I had to give it a rating I would go with a 5/5 for pure awesome sauce storytelling and a book that truly captured my heart. 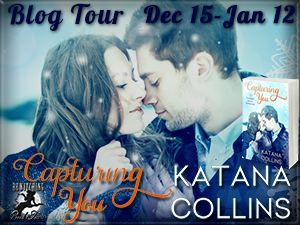 Hey Erzabet! Thanks so much for having me here today to chat about Capturing You!! It's my first ever blog tour and I am stoked!

1. Plotter or pantster?
Plotter! I like to have most of my novel outlined before I even begin writing it. However, many times (especially for the suspenseful murder mysteries), I treat my outlines sort of like the movie Clue. I'll have several potential endings that could work and as I get closer to finishing, I choose the one that makes the most sense or that offers the biggest twist.
2. Name three things on your desk right now.
Sooooo, I don't have a desk. I work either on my couch, the kitchen table or in a coffee shop. BUT, I'm currently sitting at my kitchen table, so here we go:
1) Earbuds. Usually I don't listen to anything while I'm writing but I think I just threw them down when I got home from the gym.
2) Glass of water and a cup of coffee (of course). I cannot get any writing done without having the two necessities: coffee and water.
3) All purpose cleaner. I'm not exactly a neat freak, but I cannot work if my space or laptop is dirty. I clean my keyboard and screen several times a week because I get so, so neurotic about the sorts of germs that must accumulate there.
3. Heels or flats?
Heels when I can stand them! But most days I'm in socks, flip flops or Uggs depending on how cold it is! But if I'm going out? Definitely heels!
4. Cheeseburgers or sushi?
Ah! It's like Sophie's choice! Hmmmm, I honestly LOVE them both so much. Man...I think I prefer cheeseburgers, but I don't allow myself that splurge all that often. So, because sushi/sashimi is healthier, I'll choose that.
5. What advice would you give a new author?
Man, even though I have five books out, I still FEEL like a new author, myself! I would say get yourself in a critique group. Choose about three to four other writers and meet as often as you can with new material. Many people prefer to have writers who all write in similar genres as themselves, but I'm the opposite—I love that members of my group write different stuff. Two of us write romance, another writes fantasy and sci-fi, and the last writes horror.
6. You write paranormal and mainstream romance. What is your favorite genre and why? (Loved the succubus stories!)
Oh, my god! You're making me choose?!?!?! You are MEAN! ;o) In some ways, I think paranormal is easier. Yes, it's more world building, but there are infinite options and it's so much easier to write solutions to mysteries when there's magic involved (in my personal opinion). Writing contemporary is a lot more difficult for me; creating real issues that hit close to home and may or may not resonate with certain readers...it's just a whole other ball game.

Can I cheat and say that my favorite genre is whichever one I'm currently writing??
7. Is there a song that you think of for Capturing You?
I think maybe Jim Croce's Photographs and Memories. That damn song makes me cry though, so if I'm not in the mood to feel down, then Weezer's Photograph.
8. Favorite dessert?
This changes almost daily...but I'll go with cupcakes. More precisely buttercream (I could throw away the cake part, eat only buttercream, and be just as happy!)
9. What's next on your writerly horizon?
In March, 2015, I have another new series coming out—erotic suspense this time, called Wicked Exposure. It's about a forensic photographer with the NYPD. “Jessica is devastated to receive word of her sister's death in a robbery gone awry. But when she arrives home in Portland and the local PD asks her to take pictures, she finds more than she bargained for. With each new photo she exposes more of her sister's secret erotic life. And when she shares her discoveries with Sam, the super sexy local detective, she experiences passion she never knew possible. But Jessica soon learns she's merely a pawn in a deadly game of betrayal and revenge and begins to wonder if her next picture could be her last. . .”

2 digital bundles
a Rafflecopter giveaway
Posted by Erzabet Bishop at 12:30 AM