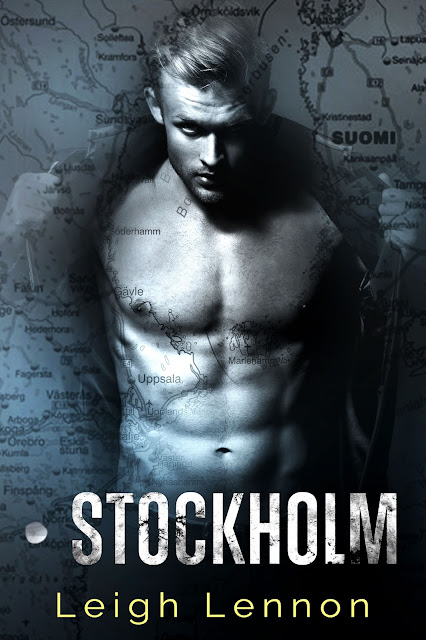 What happens when your captor becomes your savior?

Mikayla Miller wakes up one morning, bound to a bed, in a farmhouse in Alberta, Canada, with no recollection of how she got there.

When she comes face to face with her captor, Mikayla can’t deny the instant chemistry between them. The man she only knows as Nolan insists he’s her protector, but lives by his own unique moral compass.

As the days turn into months, Nolan’s touch, his words, and the way he looks at her, ignite her body and soul. No matter how hard Mikayla fights their unmistakable connection they share, she begins to fall for him, and a new woman is created in her place.

Back in the small town where Mikayla disappeared, two women reel from a shattering loss. When letters suddenly start appearing from Mikayla, twelve years later, they are left wondering why she’d choose her abductor over her own family.

Love is complicated, and messy;
but sometimes the heart can’t help what it wants.


For Mikayla Miller, it never was a choice. 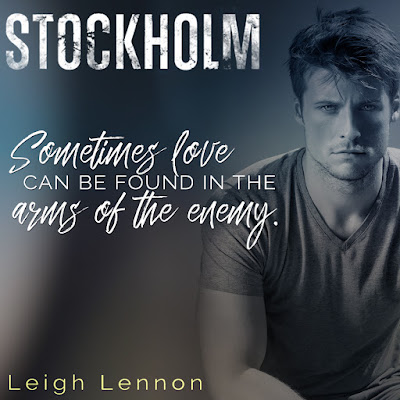 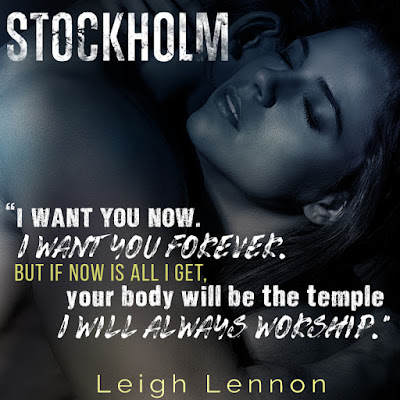 Deep down, Mikayla understood Nolan was taking over her heart. Ethan, her boyfriend, had come out of nowhere, and she thought their love was the real deal until Nolan appeared in her life.

“No, Mikayla, get that out of your mind,” she said out loud to stun her back to reality.

“Who are you talking to?” Nolan asked, walking by her room.

“Just myself,” she replied.

“I’m not a bad guy, Mikayla,” he said, and she wanted to think of him as a monster, but she couldn’t.

He entered her room, this time without permission, and she didn’t stop him. As she sat with her ass planted on her bed, he walked toward her, stopping when his knees touched hers. She didn’t look at him, but he grasped her chin, tipping her head to his. “You have to know what I feel for you is as real as the snow outside.”

Her eyes tried to avoid his gaze, but the more she felt his stare, the more it drew her eyes to look at his. “Mikayla, tell me to leave the room, and I will.”

She sat silently, not saying a word. “Mikayla, tell me not to touch you, and I won’t.”

Again, she said nothing.

“Mikayla, tell me you don’t have feelings for me, and I will believe you.”

Again, she couldn’t speak. At the moment, she was mute.

Sitting down next to her, he moved her face to his, leaning his head toward her. “This is it, sweetness, no turning back.” Right then, she leaned in, placing her lips on his as their connection strengthened with their first kiss. It was soft. How could his lips be so tender, she thought as their tongues danced together? She couldn’t pull away. In her mind with her judgment clouded she told herself, I don’t want to stop this, not now, not ever. 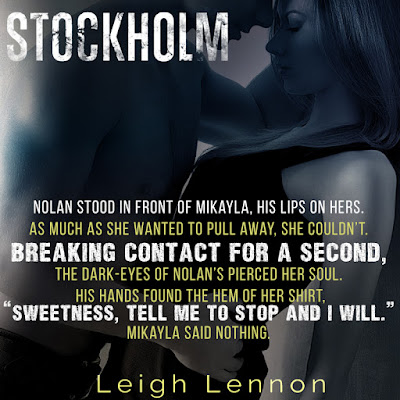 Leigh Lennon is mother, veteran and a wife of a cancer survivor. Originally with a degree in education, she started writing as an outlet that has led to a deep passion. She lugs her computer with her as she crafts her next story. Her imaginary friends become real on her pages as she creates a world for them. She loves pretty nails, spikey hair and large earrings. Leigh can be found drinking coffee or wine, depending on the time of the day. 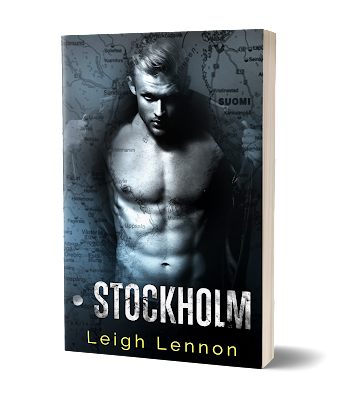 a Rafflecopter giveaway
Posted by Erzabet Bishop at 10:30 AM