Saved by a Lion by Marissa Dobson @MarissaMDobson

Saved by a Lion by Marissa Dobson 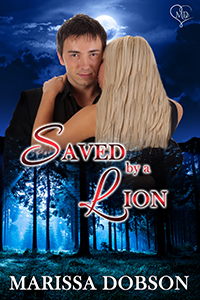 Angry Arlene Mallory left the safety of the Crimson Hollow Tribe in search of revenge. Her family and friends put a bounty on her head because of her so-called betrayal. Screw them—she couldn’t stand by while they supported The Saviors and their determination to wipe out shifters. Her quest for revenge, however, isn’t going as planned.
For more than a year, Roger has been working his way up in the Crimson Hollow Tribe to become a trusted member of the team. His first big assignment is to find Arlene before she gets hurt. As a human with known ties to shifters she is in danger, so he needs to act fast. Failure has never been an option for him; not after all his hard work and dedication to his job.
Arlene wants the same love that her sister has with her mate, but when the opportunity presents itself, can she accept it? Can she put the images of him murdering someone with his bare hands out of her mind and accept him as the man who saved her from Hell? 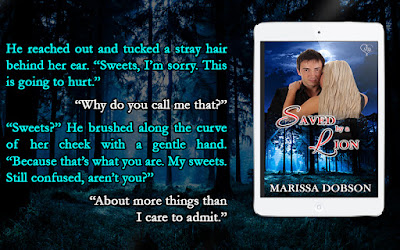 Born and raised in the Pittsburgh, Pennsylvania area, Marissa Dobson now resides about an hour from Washington, D.C. She’s a lady who likes to keep busy, and is always busy doing something. With two different college degrees, she believes you are never done learning.
Being the first daughter to an avid reader, this gave her the advantage of learning to read at a young age. Since learning to read she has always had her nose in a book. It wasn’t until she was a teenager that she started writing down the stories she came up with.
Marissa is blessed with a wonderful supportive husband, Thomas. He’s her other half and allows her to stay home and pursue her writing. He puts up with all her quirks and listens to her brainstorm in the middle of the night.
Her writing buddy Pup Cameron, a cocker spaniel, is always around to listen to her bounce ideas off him. He might not be able to answer, but he’s helpful in his own ways. 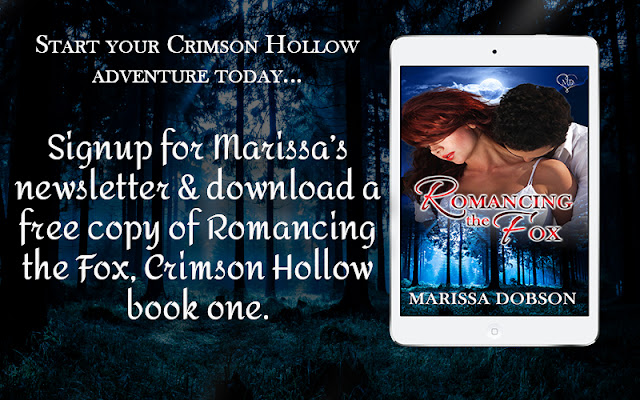