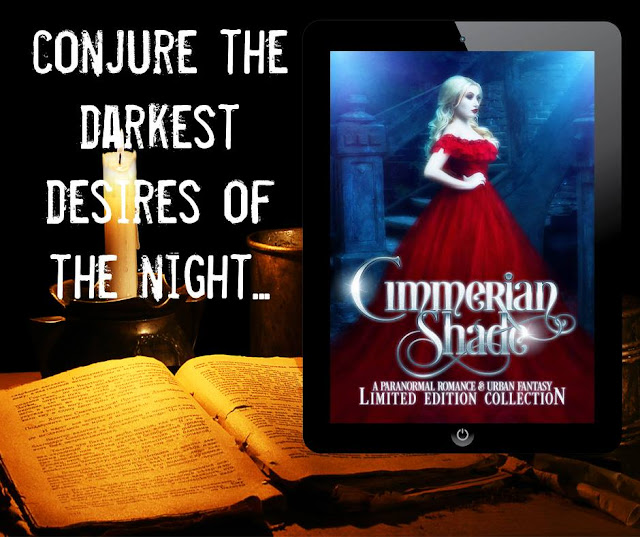 Get ready for 22 doses of hot, heart-pumping romance from the darkside with heroes and heroines to keep you turning the pages! Grab this 24-author set now for only 99 pennies! This is a limited edition, and the steal-of-a-price is for a limited time featuring stories from award winning, bestselling authors.

For your reading pleasure, we'll be featuring each author with a story of her choice for the next few weeks. Some will include interviews, and all will include excerpts. Today's featured author is Catherine Vale. 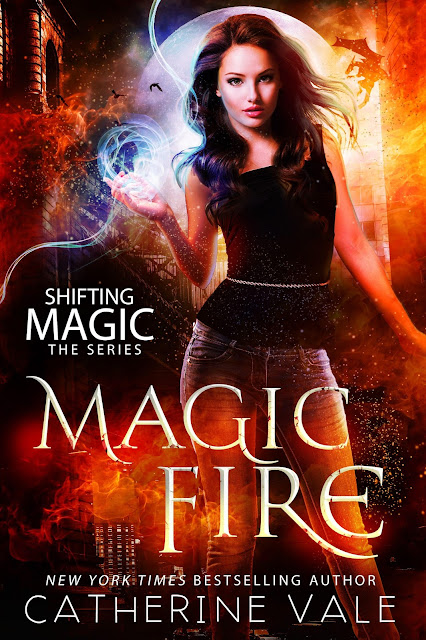 What happens when a dragon shifter chooses a fae for his mate? Magic Fire!

My jaw dropped before I could stop it. I seemed to have stumbled upon a grand hall of sorts, like the kind dwarves would burrow deep into a mountain’s core. The ceiling shot up at least a hundred feet above, revealing an opening from which one could see the stars, beautiful and twinkling and beckoning me forth.

And in the middle of it all, a man sat on a log in front of a healthy fire, roasting something on the end of a stick. I crossed my arms and straightened up, feeling his presence so profoundly and so suddenly that it actually took my breath away—not that I’d let it show, of course. No human could throw me so off-balance, yet he wasn’t a supernatural like me.
I inhaled softly. Not like a werewolf breathing in the scent of its prey, but like a snake who flicks its tongue out for just a second to taste the air.
Shifter. The word flashed through my mind when his head snapped up, eyes darting in my direction. He must have scented me when I let my guard drop, so startled to find a shifter in our fairy wards that I momentarily forgot myself.
Fuck it. No sense hiding now. We both knew the other was there.
“Hey,” he barked, shooting to his feet and marching around his bonfire. Attractive shifter that he was… I couldn’t stop myself from skimming his muscular figure, made more prominent by the fact that he was shirtless and totally ripped.
Chestnut brown hair, tousled and thick—begging for someone to run their fingers through and tame it. A chiseled jaw and light eyes: gray, if I wasn’t mistaken, and beautiful. Oh, and a six pack that probably made human women weep at first sight, with a tantalizing V-cut guiding my gaze down to the low-hanging waistline of his olive-green sweatpants. Yum. Yum times a thousand.
“What are you doing here?” he demanded, handsome face contorted somewhere between surprised and annoyed. I could deal with that. The shifter raised his stick between us, maybe to intimidate, but the now obvious marshmallow on the end was on fire. It bubbled up as I stared at it, my eyebrows shooting up, as it finally fell off and landed on the floor of the cave with an oddly satisfying splat.
I looked up, biting back a grin. “Wow. Terrifying.”
“Yeah, well…” He tossed the stick back toward his happy little bonfire. “I don’t need a weapon to throw you on your ass. Answer the question.”
“No need to be rude, shifter,” I fired back, temper prickling at the thinly veiled threat. Arms still crossed, I stepped out of the shadows completely and into the cave, noting the flash surprise, this time surpassing the annoyance that I called him out. Surely he could sense me too. “My sisters and I are camping at the base of the mountain. I…” I swallowed hard. “I couldn’t sleep and went wandering. No foul intentions, I swear.”
I raised my hands innocently. Lying had never come easily to me, or to most fae. We preferred to play with our words, saying one thing and meaning another, but not outright lying. And this wasn’t a lie. Just not the whole truth. 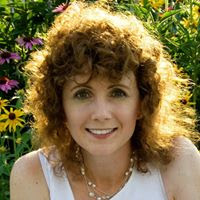