How can the normal guy and the sexy male stripper make it work?

Dirk Thompson thought he found his one and only…then his husband cheats on him. Heartsick, lonely, and full of anger, Dirk can’t find the courage to move on until he meets Ken.

It’s not like Dirk to take a wild ride with a stranger, but Ken strips him bare and turns his world upside down. 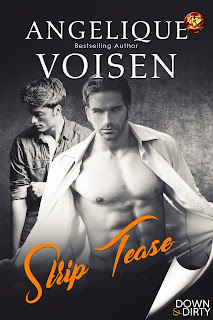 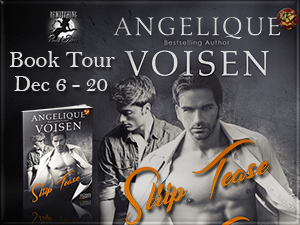 Angelique Voisen is a bisexual, twenty-something, type-2 diabetic writer who favors GLBT pairings. She likes experimenting with different sub-genres and her stories may include cogs, fangs, space battles, kinky magic systems and happily-ever-afters.

Love. Loss and love again. A great foray into MM romance with some smexy scenes to heat up the pages. A very enjoyable read.

a Rafflecopter giveaway
Posted by Erzabet Bishop at 3:00 AM

Email ThisBlogThis!Share to TwitterShare to FacebookShare to Pinterest
Labels: All Romance E-Books, Angelique Voisen, Down and Dirty, Strip Tease