Mated by the Cyborg Tour and Giveaway

Kai Andros’s orders were simple. Get in. Gather the intel on the terrorist organization. Get out.

Then he met her. Mariska. Beautiful. Innocent. Ignorant of her father’s atrocities. And marked for death.

His orders said nothing about saving her. But he did. He went off-mission.

Can a rogue cyborg outrun both Cyber Operations and the terrorists to save the woman he loves?

Some might have cheered Mariska’s impending demise. The organization’s brutality had incited a backlash of negative sentiment against all its members. Many espoused the notion that the only good Lamis-Odg was a dead Lamis-Odg.

Kai couldn’t buy into that. Mariska had been no party to the actions of her father or Lamani. She was vulnerable. Innocent. But not stupid or cowardly. In the month spent observing her, her quiet fortitude and inner strength had impressed him. Even before he’d caught the shocking glimpse of her face, he’d been struck by her beautiful eyes. A rich shade of melted caramel, fringed by dark lashes. Expressive in their attempt not to be. She didn’t trust him.

Her wariness pierced him in a way it shouldn’t. She was a person of interest and her emotions shouldn’t impact his decision-making. And, in fact, she was wise to be suspicious. Obido had bugged her quarters and employed spybots to keep tabs on her. While Kai wouldn’t intentionally harm her, he would manipulate her to obtain whatever information he could on Lamis-Odg.

The reign of terror had to be stopped. Direct intervention in Mariska’s fate jeopardized that goal. Doing nothing was the right thing to do. Sacrifices had to be made for the greater good.

Why did he feel like he was no better than Obido?

When they approached the gangway inside the small cargo transport bay, one of the smaller shuttle ports on the station, two Lamis-Odg guards drew their weapons. “Halt!” one of them cried.

While one guard leveled his weapon, the other scanned him. “The android is not authorized to board,” the guard said.

“He’s not boarding; he’s loading my luggage. He’ll disembark after he carries it to my stateroom.”

“Negative. He shall remain here.” The guard motioned. “Leave the cases.”

Kai set the bags down, and the sentry scanned them. “Clear,” he announced. He jerked his head at Mariska. “You may take them now.”

She dragged one toward the craft.

“My duty is to serve the daughter of Obido. Allow me to set the bags inside the door. I shall not enter,” Kai said.

The two guards glanced at each other and shrugged. “All right.”

Under armed watch, he deposited both bags inside the portal. There was nothing else he could do. He sought Mariska’s gaze. Don’t go. “Have a safe flight.”

She boarded. Kai stomped down the gangway. 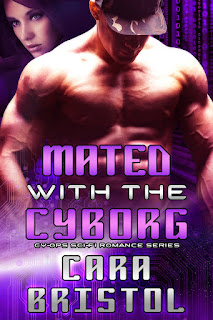 My husband and I love to travel and have been all over the world, but still have much to see. My goal is to visit all seven continents (yes, even Antarctica!) and all fifty states of the U.S. (I’ve visited thirty-nine). In the U.S., everything is so new. A 100-year-old wooden schoolhouse or church is treated a historic landmark. In Europe people are living and working in 1,000-year-old buildings with amazing architecture. I think all Americans should travel outside the US. It’s an eye-opener.
I was given an option to blog about my 10 Favorite Places to visit. I’m going to break it down into two parts: five places I’ve been that I loved and would return to, and five places I haven’t been, but that I’d to see.

Five favorites
1.       Italy. Italy was the first place I traveled outside the U.S. (other than Mexico and Canada), and it’s just awesome. I loved the culture, the scenery, the food, the ancient history. I’ve been to Italy three times. I’d still go back.
2.       China. Simply amazing, and so very, very foreign to one from a Western cultural background. You definitely feel like a stranger in a strange land. I went once; I want to go again.
3.       Sedona, Arizona, U.S. I’ve been to Sedona four times. I love the red rocks, the hiking, the feel of the Sedona desert. It’s my number one favorite place in the U.S. to visit.
4.       Washington, D.C., U.S. I think the capital of the U.S. presents the best the U.S. has to offer in terms of monuments and architecture. It’s a beautiful city. The museums of the Smithsonian make it worth the trip alone. When my husband and I visited DC, we drove from Idaho to Washington, which itself was an experience. I’d like to go to DC again. I still need to take the White House tour!
5.       Catalina Island, California, U.S. – A quaint, charming little island with lots to see and do. Accessible by ferry. It’s a great weekend getaway. I’ve been to Catalina three times, I think.

Five new places on my list
1.       Australia. I want to see all the stuff I’ve heard about: the Great Barrier Reef, the Opera House in Sydney, koalas, kangaroos, the outback. All the Aussies I’ve met have been really friendly people, and I’d like to visit their country (and add another continent to my list!).
2.       Someplace in South America, maybe Brazil or Peru. Maybe take an Amazon River cruise.
3.       Antarctica. I wouldn’t want to spend a lot of time there, but how many people ever visit the South Pole? It would be cool just to say I’ve done it.
4.       The United Kingdom. This is high on my list. On one of our cruises, we stopped in Dover, England, but I can’t honestly say that qualifies for seeing the UK. I want to take my time and see England, Scotland, Wales, & Northern Ireland.


5.       Space! I write sci-fi, so of course, I’d love to go into space and see the earth from afar. I would like to walk on the moon, maybe visit a space station. Space is probably the one “place” on my list I won’t get to see. I’ll have to keep imagining and writing sci-fi romance set on alien worlds. 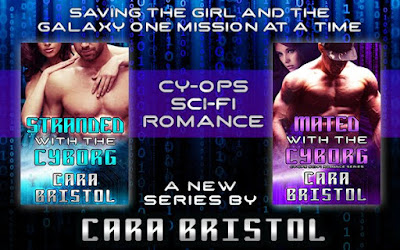