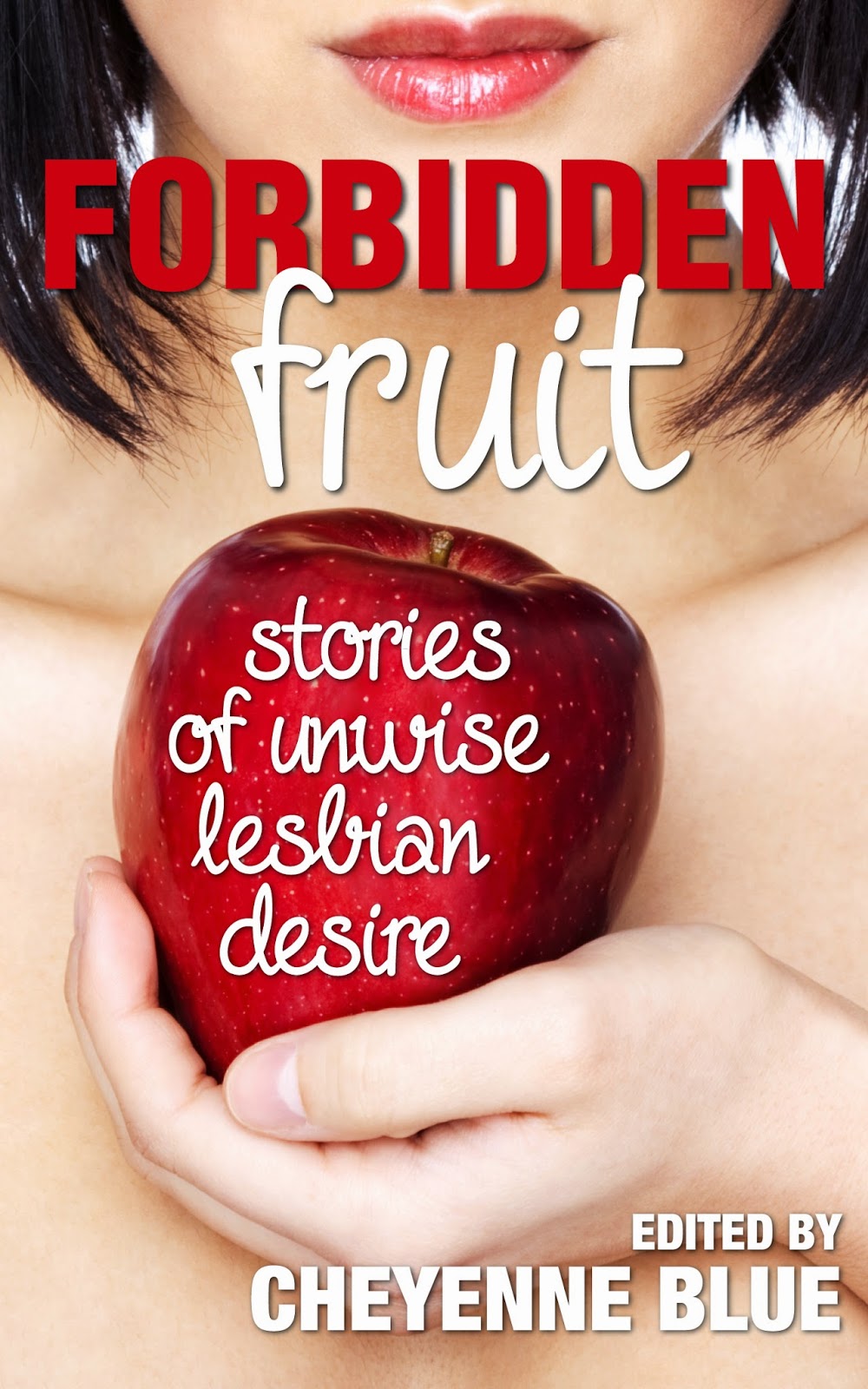 Author Interview:
1. How did you start writing romance?  I think it was from reading Penthouse Forum when I was probably far too young to be reading it.  I was dabbling in short stories about goofy animals and super heroes and my pre-teen hormones were raging, so I decided to write dirty stories for my friends.  I kept drifting back to erotica as I matured and wrote other forms of fiction.  I discovered I had a knack for it, so I decided to make a serious go of it.
2. Plotter or pantster?  A mixture of both.  I sometimes will plot out all the main scenes and then write the connections by the seat of my pants.  Other times I just run with an idea or even a snippet of dialogue and create a rough draft.  A friend recently told me how she was doing some hula-hoop routine on her patio and the hula-hoop flew off her arm and landed on the patio next door.  She had to go there, knock on the door, and tell the neighbor she’d yet to meet that her hula-hoop was on the lady’s patio.  “That’s a story,” I said.  I wrote the rough draft a few days later.
3. What are three things you have on your writing desk?  A to-do list of that includes everything from “Yardwork” to writing an erotic horror comic book script, a kitchen timer to limit myself when social networking if I’m tight on deadlines, and the check I need to drop off at our local water department.
4. Favorite food?  That’s a tough call, but I do love sushi.  I could eat it multiple times a week.  I’m also a sucker for dark chocolate.  80% dark if I can get it.
5. Tell us a little about your new print book. What character in the book really spoke to you?  My last completed project was an erotic comic book called CANDI 2069 #1.  It’s a salute to sexy sci-fi stories from the 1970’s like you’d read in Heavy Metal.  It’s about a frumpy scientist who is accidentally merged with a pleasure android aboard a space station when alien invaders attack the station.  The plot was literally dreamed by the book’s artist.  I wrote the script and dialogue and self-published it.  We even got a friend to model for CANDI.  She’s a dominatrix from Atlanta named Goddess Samantha, so, yeah, that’s a rough gig.
6. I write because … I have to get these stories out of my head.  I’ve been blessed with never experiencing writer’s block.  I get story ideas almost daily and have many journals and folders of ideas, bits of dialogue, and unfinished stories.  I have so many ideas that I will probably never finish all of them.
7. What is your favorite type of character to write about?  Kick ass women.  I can write stories about sexy ninjas, bounty hunters, androids, mercenaries, cops, and warriors all day.  I also like writing about men who find themselves in unexpected erotic situations.
8. What is the sexiest scene you’ve ever written?  It might be one I wrote in a story called “1% Adaptable” in which a female bodybuilder is seduced by a petite French woman while the bodybuilder is touring in Europe.  The sex scene in it was fun to write.
9. What advice would you give new authors in the romance field?  Make sure to include a beginning, middle, and end.  Be sure to have fun with it.  I’m a firm believer that sex should be fun.  I know some very good erotica authors who can write dark erotica that explores a lot of serious themes like obsession, submission, guilt, revenge, and other heavy stuff.  I write silly stories about people fucking.  Finally, don’t be afraid to tell people what you write.  I held back for years, and people didn’t bat an eye once I started telling them.  People are kinkier than most realize.
10. What is next on your writerly horizon?  In terms of erotica, I’m shopping around a novella about a nymphomaniac secret agent called Dare.  The nymphomania plays into the story in a way most people wouldn’t assume.  In terms of non-erotica, I’m working on a film guide to disaster movies of the 1950s through the 1970s.
11. Favorite cookie? Oatmeal chocolate chip.

Excerpt:
“What did Dina have to say?” Amy asked as she poured hot water into a mug.
Luanna walked into the kitchen.  “She’s stuck in Philadelphia.  All flights along the east coast are delayed or canceled.  She won’t get back until Irene’s moved on.  She’s hoping they’ll put her up in a hotel.”
“What are you doing in the meantime?”
Luanna wasn’t sure what she meant, but the question became moot once the lights went out.
“Fuck,” Luanna said.  “That ain’t good.”
“I have a hand-crank radio, so we can keep up on the news as long as the radio stations haven’t lost power.  I also have a flashlight in the bedroom.  Get that and I’ll dig out the radio.”
Luanna headed for the bedroom.  “Where is it in here?”
“The bedside table drawer.”
The bedroom was almost pitch black.  Luanna walked slowly with her hands out in front of her waist.  She bumped into one corner of the bed and traced the side of it with her fingertips until her hands found the bedside table.  She fished through the drawer, found the flashlight, but gasped once she pulled it out.
“Did you find it?” Amy asked from the doorway.
“No,” Luanna said.  “I found something else.”
There was silence to match the dark.
“You went to the table on the right side of the bed, didn’t you?” Amy asked.  She laughed a cute, little embarrassed laugh that made Luanna’s pulse throb in her neck.  “I meant the left side.”
Luanna couldn’t resist rubbing the thick vibrator in her hands.  “It’s nice.”
“Thanks,” Amy said from the dark doorway.  “It does the trick.”
Put it away, Dina said in her head.  Put that damn thing away and walk out.  Now.  Stop touching it and get the fuck out of her bedroom!
Luanna put the vibrator back in the drawer.  “You said the flashlight’s in the other bedside table?”
“Yes,” Amy said, making Luanna jump.  She had moved through the dark room with cat-like silence and was now so close to Luanna that she could feel Amy’s breath on her ear.  “But I don’t think we’ll need it.”
Luanna’s throat tightened.  Walk away, Dina told her.  “What are we going to do?”
“Something we don’t need lights for, if you don’t think Dina will mind.”
I sure as hell will mind!  Go to the shelter, baby.  Go to the shelter.  We’ll find another masseuse.  You’re my wife, baby.  Go to the shelter.
Their lips found each other.  It was a soft, nice kiss and long enough to help Luanna relax.  Amy’s strong masseuse hands worked their way up the sweatshirt and over Luanna’s perky tits.  The shirt came off and Luanna heard Amy’s hit the floor as well.  Amy took her by the arm and to the bed.
Bio:  Nicole Wolfe lives in northern Indiana with her lovely wife, beautiful cat, and screen door-hating (but adorable) dog.  When not writing, she enjoys baseball, neo-psychedelic rock, green tea, travel, and flirting with women of all shapes.  She has been published in several erotica anthologies and thinks she could make a serious go at writing adult film screenplays.

The next stop on the Forbidden Fruit blog tour is Beth Wylde http://bethwylde.wordpress.com/ who is interviewing Jean Roberta.

Leave a comment on any post in the Forbidden Fruit blog tour to be entered into a random draw to win one of these great prizes.  Prizes include a paperback copy of Girls Who Score, lesbian sports erotica edited by Ily Goyanes, Best Lesbian Romance 2011 edited by Radclyffe, an ebook of Ladylit’s first lesbian anthology Anything She Wants, and a bundle of three mini-anthologies from Ladylit: Sweat, A Christmas to Remember andBossy.  All of these titles contain some stories written by the fabulous contributors to Forbidden Fruit: stories of unwise lesbian desire. You must include an email address in  your comment to be entered into the draw.